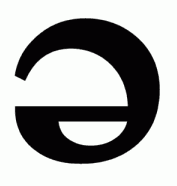 An old trick question:  what is the most common vowel in spoken English? Is it the a in cat? The o in top? The ee in keep? In fact, the answer is the puzzling little sound known as schwa.

Schwa was first described to me as “English’s throwaway vowel,” a crude but apt definition. The term refers to the little vowel pronounced in the center of the mouth which you hear at the end of comma, the beginning of afraid, and the middle of salamander. If you speak a non-rhotic accent, as would be the case for many Britons, schwa is also a common realization of “er” at the end of better.  This English learning video offers a simple introduction to schwa (even if you aren’t an English learner):

As indicated, schwa is traditionally represented by the IPA symbol ə (an upside-down “e”), signifying a vowel pronounced smack dab in the middle of the vowel space. As any English phonetician will tell you, however, this a tad misleading as far as English is concerned. Our particular brand of schwa in fact represents a number of vowels which differ depending on the words they appear in.

To use a well-worn example, Americans make a slight distinction between the “schwa” at the end of Rosa’s and the “schwa” at the end of roses. The vowel in the former is pronounced relatively close to the “classic” schwa sound (i.e. right in the center of the mouth).  The e in “Roses,” however, is pronounced much closer (or “higher”), with a vowel more or less equidistant between the “ee” in feet and the “oo” in goose (i.e. IPA [ɨ]).

And there are “alternate” schwas even less apparent to the naked ear. For example, this 2007 study finds that the schwa in the first syllable of begin is closer to the “i” in American kit, while the schwa in the second syllable of probable is closer to the “oo” in the word foot*. English “schwa” is perhaps a blanket term describing any number of unstressed vowels, even if these actually vary in pronunciation.

Why is it we don’t notice these variations?  To look at one hypothetical analogy, if the “e” sound in dress were occasionally pronounced with the “a” sound in father, such a difference would be quite obvious.  But English schwa is a very, very short vowel.  To give a frame of reference, this study on the English of Drogheda (a city on the East Coast of Ireland) found that schwa was nearly 1/2 the duration of the next shortest vowel (the “i” in kit). This vowel is often pronounced so quickly that it takes the sharpest of ears to notice its precise phonetic properties.

Of course, many foreign languages have no schwa-like vowel, the lack of which results in a disproportionate share of pronunciation difficulties for English learners.  The standard schwa sound is not particularly difficult to make (just grunt and you’ve basically got it), but understanding how to use schwa in English is hardly intuitive.  If I were Spanish, for example, I’d probably have a hard time associating the “o” in renovate with such an “un-o-like” sound.

Given the topic of this site, I’ll conclude with something I’m curious about with regards to schwa:  how does it differ from accent to accent?  The 2007 study I linked to above indicates some slight differences within American English (for example, Roses and Rosa’s are actually merged for some Americans).  What other ways does schwa vary from one accent to another?

*Note to the phonetically inclined:  I’m extrapolating here based on their statement about the average F2 of this vowel.  Looking at the chart they provide, I’d say the schwa in “probable” would be more accurately rendered [ɤ].

Ben T. Smith launched his dialect fascination while working in theatre. He has worked as an actor, playwright, director, critic and dialect coach. Other passions include linguistics, urban development, philosophy and film.
View all posts by Ben →
This entry was posted in Miscellaneous Accents and Dialects and tagged English schwa, phonetics. Bookmark the permalink.

39 Responses to The Elusive English Schwa