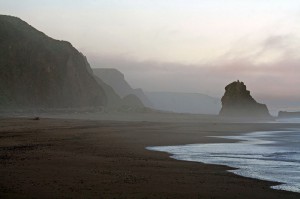 Few dialect myths rankle more people than the purported Irish phrase, “top o’ the morning.”  Any Irish person will inform you that they have never, ever heard even one of their countrymen utter these words. So where did the greeting come from, and why is it so ubiquitous in popular culture?

Like many such terms, “top o’ the morning” appears to be more archaic than outright apochryphal. Snooping around some old threads at the Daltai forum, commenters provide fascinating examples of the greeting in literature. For example, this poem from Henry Newbolt, written during World War I (emph. mine):

So I laughed, and felt quite well disposed to the youngster,
And shouted out “the top of the morning” to him,
And wished him “Good sport!”—and then I remembered
My rank, and his, and what I ought to be doing:
And I rode nearer, and added, “I can only suppose
You have not seen the Commander-in-Chief’s order
Forbidding English officers to annoy their Allies
By hunting and shooting.”

From the context of the poem, you may notice that Newbolt is English, rather than Irish. This would suggest that “top o’ the morning” was heard in various parts of the British Isles. Regardless of how widespread the phrase once was, it doesn’t seem exclusive to Hiberno-English.

Then there’s this quote, from the oddly-titled novel Knocknagow – The Homes of Tipperary, written by Irish author Charles J. Kickham in 1879:

They were met by the “man of the house” before they reached the kitchen door, and as he gave a hand to each, Father Hannigan’s hearty “Good-morrow, Maurice,” struck Mr. Lowe as being admirably in keeping with his appearance. And the words —”The top of the morning to you, Miss Grace,” suggested the idea that Father Hannigan affected the phraseology of the peasantry.

So it appears “top o’ the morning” was indeed spoken in  the Victorian era (at the latest), although Kickham suggests that the phrase was already something of an affectation.  While I can’t put a date on when “TotM” started to recede, a rough guess might put its extinction at some point in the early 20th-Century. Just how widespread the phrase was (if ever) is unclear to me.

To be honest, though, I’m not terribly interested in when “top o’ the morning” disappeared from Irish English so much as how this phrase entered the American consciousness. What in popular culture gave us the idea that “top o’ the morning” is the standard Irish “hello?”

One popular theory blames the famous Lucky Charms Leprechaun from American television ads. But the evidence is shaky. It doesn’t seem that anyone Irish was involved in the original ad campaign (the man who voiced the Leprechaun wasn’t even of Irish descent).  When the campaign first ran, in the early 1960’s, it’s likely that Americans already associated “top o’ the morning” with Irishness.

I’d guess, then, that the myth originates with an earlier source, perhaps a film for which the screenwriter had an unusually nuanced understanding of Hiberno-English. The Quiet Man might be a candidate, as it was co-written by an actual Irishman, Maurice Walsh. That being said, I haven’t seen the film in years and can’t say if the phrase is even anywhere in the script.

Does anyone know how “top o’ the morning” entered the lexicon of semi-mythical dialect phrases?

Ben T. Smith launched his dialect fascination while working in theatre. He has worked as an actor, playwright, director, critic and dialect coach. Other passions include linguistics, urban development, philosophy and film.
View all posts by Ben →
This entry was posted in Irish English and tagged dialects in film, dialects in TV. Bookmark the permalink.

15 Responses to “Top o’ the Morning:” Myth and Reality