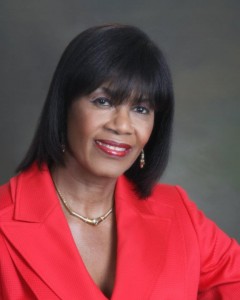 Most Anglophone Caribbean nations have dialect continua, with an English Creole at one end and some variety of Standard English at the other. I find Jamaica’s continuum particularly fascinating for the ways in which “Jamaican English” (i.e. Standard English as spoken in Jamaica) dissociates itself from the nation’s creole. One of the most noticeable examples of this is the Jamaican “rounded schwa.”*

Jamaican Creole largely lacks the schwa, that little “throwaway” vowel in words like “comma,” “afraid” or (in non-rhotic accents) “father.” Instead, Creole speakers often use the same vowel as “trap,” so that “bother” is bada and “better” is beta.

By contrast, many “Jamaican English” speakers go in the other direction and use rounded vowels in schwa positions that we wouldn’t normally associate with roundedness. So for instance, in A Handbook of Varieties of English, Hubert Devonish and Otelemate G. Harry mention ‘comma’ being pronounced kɔmo (“commaw”).

One can hear plenty examples of this in the inauguration speech of Jamaican prime minister Portia Simpson-Miller earlier this year. For instance, around the 19-second mark Simpson-Mill pronounces “former prime minister” so the last word sounds to many Americans like “ministaw:”

I would say that Miller’s “rounded schwa” is actually a set of different allophones, not just o, but also phones like ʊ, ɵ, and ɔ (I’d need a few more listens to confirm). It would be very interesting to chart the course of this unusual variant: is it due to dissociation alone? Or is there some other reason it entered Jamaican English?

*I’m not expecting any awards for “best new sociophonetics term” here. Schwa has two definitions, in a way: there’s schwa the IPA symbol/phone (ə), which refers to a mid-central vowel of indeterminate roundedness. Then there is schwa the concept, which basically refers to a class of reduced/unstressed vowels. When I’m talking about “rounded schwa” here, I’m building upon the latter definition.

Ben T. Smith launched his dialect fascination while working in theatre. He has worked as an actor, playwright, director, critic and dialect coach. Other passions include linguistics, urban development, philosophy and film.
View all posts by Ben →
This entry was posted in Miscellaneous Accents and Dialects and tagged carribean accents and dialects, creoles, English schwa. Bookmark the permalink.