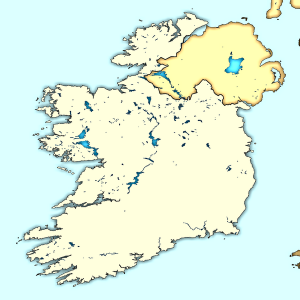 It is hard to divide Irish accents into categories. Even as Irish Gaelic has ceased to be spoken in the vast majority of the island, Irish people often consider English as, spiritually speaking, a second language.

Below is a list of the broadest categories of speech in Ireland.

Please note: I am openly relying on the classification system created by linguist Raymond Hickey (whose invaluable Irish English resource can be found here), since I find his dialect groupings to be the most accurate.

This category comprises the mostly urban accents spoken from Drogheda in the North to Waterford in the south. Perhaps the most famous of these dialects is working-class Dublin.

This is the group of Irish accents spoken from County Cork on up through County Mayo of the West and Southern coasts of Ireland. These tend to show a good deal of influence from Irish Gaelic, even if the speakers have no knowledge of that language.

Famous Speakers: Cillian Murphy is the only really famous person I can think of (he’s from Cork), there are a number of other celebrities from this region, but they have almost all softened the features of this dialect.

This is the group of Irish accents spoken in the province of Ulster (and a few “border” areas). Although most of these accents are to be found within the boundaries of Northern Ireland, this also includes English as it is spoken in County Donegal (in the Republic). Due to the history of Scottish plantation in this region, many of these accents share features with Scottish English.

But wait? Isn’t Ireland the land of a million accents? Why are there only three categories here?

The problem is, Ireland in some ways has too many varieties of English to easily classify into smaller sub-areas.

Take Dublin, for example. It seems there are as many accents in that city as there are people, and many of these accents are wildly different from each other. These differences are found in many parts of Ireland, where it often seems that every village has a totally different way of speaking from the one next door.

As with most of these dialect overviews, this is a very incomplete guide to a large region. In the future, this page will be updated information on various outside sources that will give you a more complete overview of Irish accents and dialects.