Thoughts on Language in “Game of Thrones” 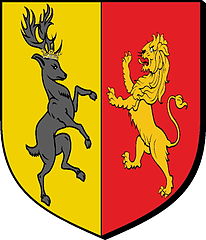 I wrote a post eons ago questioning why characters in fantasy films have British accents. HBO’s Game of Thrones adaptation was my impetus, yet I confess I haven’t seen the program until recently.

Aspects of the show’s language are more complex than I expected. Strikingly, characters from the Northern half of GoT‘s world speak with Northern English accents. Since actors Sean Bean and Mark Addy are Yorkshiremen, this might seem a coincidence.

But other actors are clearly affecting Northernness, so this must have been a deliberate production choice. This is obvious when contrasting London-bred actor Alfie Allen’s real accent with that of his Northern-sounding character (Warning: some vague spoilers):

Other cast members use Received Pronunciation, although relatively few are English. Hence Aidan Gillen, Peter Dinklage, Nikolaj Coster-Waldau, and Iain Glen speak RP with a slightly “foreign” quality. I didn’t find this distracting. It suggests regional dialects and perhaps languages that exist beyond the narrative confines. You can get an idea of how Gillen’s natural Dublinese colors his character’s speech in this promo clip, for instance:

(GoT’s writers are from the US, by the way, so the syntax and slang sometimes sounds a little jarring coming from, say, Sheffield-accented lips. Lynne Murphy could probably tally many lexical “slip ups.”)

There are definitely missed opportunities to make the GoT universe more linguistically diverse. But language is arguably less important in this universe than it was in The Lord of the Rings.  It doesn’t strike me as Martin’s strong suit as a novelist: Many character names sound like tweaked English/Celtic monikers (e.g. “Catelyn,” “Eddard”), and some place names sound suspiciously like literary in-jokes*.

Not that there’s anything wrong with Martin’s imagination. Tolkien was a brilliant linguist, so it’s unfair to expect later fantasists to craft entire language families from scratch. Martin’s world is unique as well in that corrupt central governments are as dangerous as supernatural and malevolent forces. Political pressure for linguistic uniformity strikes me as more realistic here than a land where you can’t understand the village next door.

The exception is Dothraki, the constructed language created for the show. Like Klingon before it, Dothraki has become something of a sub-cultural phenomenon, with a Wikipedia page more detailed than those of many real languages. But it sticks out for being a lone minority tongue in what often sounds like a monolingual and mono-dialectal world.

*”Riverrun” is the first word in Finnegan’s Wake; “Casterly Rock,” home to the semi-villainous Lannisters, sounds like “Castle Rock,” home base for the more fascistic schoolboys in Golding’s Lord of the Flies (Stephen King borrowed the name for the fictional town where he sets many novels). It’s possible neither name was intended to be allusive, but astute literature aficionados will make a connection nonetheless.

Ben T. Smith launched his dialect fascination while working in theatre. He has worked as an actor, playwright, director, critic and dialect coach. Other passions include linguistics, urban development, philosophy and film.
View all posts by Ben →
This entry was posted in British English and tagged dialects in TV. Bookmark the permalink.

31 Responses to Thoughts on Language in “Game of Thrones”