Why This American “Slips Into Britishisms”

An article by Alex Williams in the New York Times discusses the “recent” trend toward Northeastern Americans adopting British slang in everyday conversation. The piece targets the usual suspects: BBC America, Downton Abbey and JK Rowling are the most commonly cited. But while Williams discusses this borrowing as if it were a current fad, I suspect it’s been going on for some time now.

I can’t comment on every possible reasons for this phenomenon (Lynne Murphy has a more nuanced take here), but I can comment on myself; I am an incorrigible British English thief. For me, however, the habit is no mere pretense, but rather the product of a unique upbringing. I would cite three big factors:

1.) Many people my age were brought up on British literature. The 1960s-1990s were British lit’s golden era among American children. Williams’ article mentions Harry Potter, but really, JK Rowling was the icing on the cake. Her books arrived after decades in which Roald Dahl* dominated the children’s novel genre, along with CS Lewis, Mary Norton, Brian Jacques, and Frances Hodgson Burnett. With a steady diet of British English, it had an impact on my writing style and, in due course, how I speak. 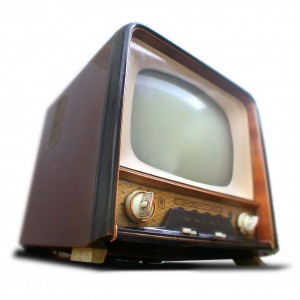 2.) PBS. Long before BBC America, we had PBS. If, like me, you had no cable TV and lived in a rural area, PBS was the best option you had between 1980 and 1992. Public Broadcasting had a packed schedule British programming schedule: Masterpiece Theatre, Upstairs Downstairs, Fawlty Towers, As Time Goes By, and various other Beeb staples. I had far more exposure to British English than my parents did thanks to PBS’ thrifty borrowing from the state-funded broadcaster across the pond. 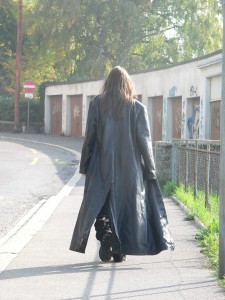 3.) Britishisms had a covert prestige among the young and “weird.” If you were like me, growing up in American exurbia, you longed to separate yourself from the locals. Among many young, Cure-loving, “alternative” teenagers, Britishisms served as a kind of badge of allegiance. I don’t recall ever referring to an elevator as a “lift,” but I definitely let loose an unironic “bloody” here and there. I don’t find this surprising. After all, the fascinatingly ongoing phenomenon of the American “teenage goth” certainly finds its roots in UK post-punk.

I guess what I’m suggesting here is that the rise in Britishisms among Generations X and Y may have been due to groundwork laid decades past. At least they were for me. Although America’s current craze for Dr. Who and Sherlock no doubt helped the process along.

*Albeit long after many of his novels had been published.

Ben T. Smith launched his dialect fascination while working in theatre. He has worked as an actor, playwright, director, critic and dialect coach. Other passions include linguistics, urban development, philosophy and film.
View all posts by Ben →
This entry was posted in British English and tagged dialects, dialects in TV, words. Bookmark the permalink.

28 Responses to Why This American “Slips Into Britishisms”