Was Received Pronunciation Ever Rhotic? 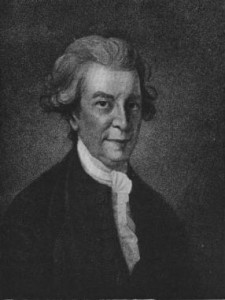 People around the world associate Britain with non-rhoticity, the process whereby /r/ is dropped at the end of syllables such as ‘car‘ and ‘start.’ This impression largely stems from the fact that the non-rhotic Received Pronunciation (RP) was the standard for British English for years, and is still treated as such by many foreign language learners. But was RP always “r-less?”

If by “Received Pronunciation” we mean a “standard British accent,” one finds that it wasn’t until fairly late in the game that non-rhoticity was the absolute norm.

Note, for example, the opinion of renowned 18th-Century language writer, actor, lexicographer, elocutionist, playwright, and education reformer Thomas Sheridan (gotta love those Georgian-era Renaissance men). He stated plainly in his General Dictionary of the English Language (1780) that /r/ “always has the same sound, and is never silent.” Sheridan was Anglo-Irish, which may or may not have skewed his opinion, but my guess is that his thoughts on the matter were not unique. Most accounts describe the 18th-Century as a transition period for non-rhoticity in British English.

In fact, the matter was apparently not settled by the early 1800s. Samuel Johnson collaborator John Walker, writing shortly before Queen Victoria’s birth*, described /r/ in a rather contradictory way:

[R] is never silent … In England, and particularly in London, the r in lard, bard, card, regard, etc. is pronounced so much in the throat as to be little more than the middle or Italian a, lengthened into laad, baad, caad, regaad … if this letter is too forcibly pronounced in Ireland, it is often too feebly sounded in England, and particularly in London, where it is sometimes entirely sunk …

So Walker would seem to advocate maintaining /r/ in these positions, right? Not quite. He sums up this thought with …

… but bar, bard, card, hard, etc. must have it nearly as in London.

So it seems that Walker acknowledged that non-rhoticity was becoming common in England’s “standard” accent, but wasn’t quite willing to admit it.

Of course, by the time Daniel Jones described RP in the Edwardian era, the accent was fully non-rhotic. The question is, what happened between Sheridan and Jones?

The Sheridan quote suggests that at a certain point in 18th-Century, non-rhoticity was viewed as something of a working-class or regional feature, and hence avoided in “polite” speech (to borrow a typical descriptor of the time). There are likely many reasons why RP went from rhotic to non-rhotic; personally, I find that mere population growth is as compelling an explanation as any. London experienced a rapid boom in the late 18th and early 19th Centuries, and many London speech features (such as non-rhoticity) would become unavoidable by the upper orders.

I’m not discussing non-rhoticity in general, of course. The phenomenon itself has a different history from its timeline as a “prestige” feature. But it’s interesting to examine why what once was a regional quirk in eastern England became such a defining marker of “proper” British English.

*In his Principles of English Pronunciation (1816).

Ben T. Smith launched his dialect fascination while working in theatre. He has worked as an actor, playwright, director, critic and dialect coach. Other passions include linguistics, urban development, philosophy and film.
View all posts by Ben →
This entry was posted in British English and tagged Received Pronunciation (RP), Rhotic vs. Non-Rhotic. Bookmark the permalink.

18 Responses to Was Received Pronunciation Ever Rhotic?