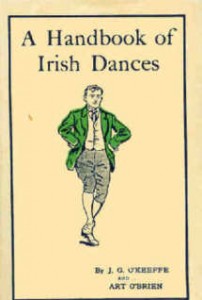 When English phoneticians refer to the ‘strut vowel,’ they mean the ‘u‘ in ‘luck,’ ‘fudge,’ and ‘cut.’  In American English, the sound usually lies somewhere between the ‘a’ in ‘father’ and the ‘a’ in ‘comma.’  Your ‘strut’ vowel may vary.

As described here and elsewhere, the vowel is important in delineating the boundary between Northern and Southern dialects in England: the South has this vowel, while the North lacks it (Northerners rhyme ‘strut’ with ‘foot’).  Yet when one crosses the Irish Sea, the picture gets a whole heck of a lot more cloudy (no pun intended).

So can Ireland be said to have participated in the strut-foot split?

To review in a nutshell: until the 17th-Century or thereabouts, words like ‘sugar’ and ‘strut’ were pronounced with the same ‘u’ vowel (as they are in much of Northern England to this day). In Southern England and elsewhere, this vowel split into two vowels: one in words like ‘foot’ and ‘would,’ the other for words like ‘strut’ and ‘cut.’

Ireland, though, seems a mixed bag. For at least one accent, working-class or ‘local’ Dublin, ‘foot’ and ‘strut’ sound nearly the same. By contrast, ‘educated’ Dubliners, for the most part, seem to make a fairly strong distinction between the two. Between these two extremes lies the majority of Irish accents, which use a wide range of ‘strut’ vowels.

In the Ireland chapter of Accents of English, J.C. Wells is notably hesitant in this regard:

My impression of Irish accents as a whole is that most speakers have at least a potential /ʌ-ʊ/ opposition (much more so than in, say, Newcastle-upon-Tyne) – but that the lexical incidence of the two vowels differs considerably from that used in standard accents.

That is to say, the two vowels (which correspond to the vowel in ‘strut’ and ‘foot’ respectively) are perhaps distributed differently in some Irish accents. Wells goes on to mention a County Mayo native who makes a distinction between ‘nut’ and ‘cut,’ which are pronounced the same in other dialects!

So where does Ireland stand in terms of this split? And how did its history lead to such diversity in ‘strut’ pronunciations?

Ben T. Smith launched his dialect fascination while working in theatre. He has worked as an actor, playwright, director, critic and dialect coach. Other passions include linguistics, urban development, philosophy and film.
View all posts by Ben →
This entry was posted in Irish English and tagged Dublin Accents, phonetics, strut-foot merger. Bookmark the permalink.

18 Responses to The Irish ‘Strut’