Did We Speak More “Properly” 50 Years Ago? 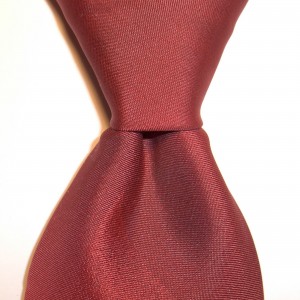 Like countless others, I’m a fan of Mad Men. One of the things I find fascinating about the show is the choice its creators made about the speech of the characters. The series almost completely eschews regional dialects (it takes place in New York, yet there are hardly any New York accents*), instead going for a slightly fanciful array of “period dialects.”

I recently stumbled on an excellent old John Mcwhorter article that unpackages the curious speech habits of the series’ dramatis personae. I was particularly struck by this assertion:

More generally, however, the writers at Mad Men seem to have an idea that in the early sixties, people spoke more “properly” than they do now. And they did, in formal and public settings. Until the late sixties, there was a sense that language was to be cossetted and dressed up in public in the same way that one wore deodorant.

Did people indeed once have a more “formal” register than they do now? This is a difficult question to answer in America. If we were having this conversation about the other side of the pond, it would be a no brainer: given how different British attitudes were toward speech a mere fifty years ago, it’s no surprise that the public school student of 2011 doesn’t talk like the public school student of 1961.

But in America? I would hazard to guess that people of my grandparents’ generation weren’t any more likely to take elocution lessons than I was. So why would there be more of a distinction between formal and informal registers in the early 60’s than there is now?

I doubt that we ever, as Americans, abandoned the “formal register.” I certainly speak with more crisply pronounced consonants at a job interview than I do hanging out in a car with my brother. The details of what this register entails may differ from one generation to the next, but I don’t think the phenomenon is going away.

However, I do think this type of “elevated” speech is used differently now than it was in the 1950s. Particularly when it comes to media: until the mid-twentieth Century, “realistic” film was usually more heightened, formal, and idealized. What the market forces were that dictated this I’ve never quite understood. But television seemed to usher in a new era of narrative media, one where the focus is on characters who are normal, average and recognizable rather than those who are dashing, glamorous and speak like aristocratic 19th-Century New Englanders.

While watching Alfred Hitchcock Presents, a show from the 1950’s, I often notice this change in action. The older generation of actors largely speak with artificial “mid-Atlantic accents”, while younger actors (such as Robert Morse and John Cassavetes) speak in startlingly informal registers. It’s an interesting example of how rapidly attitudes were changing at the time.

Of course, there’s always the simple fact of language change. Each generation weakens some aspects of the previous generation’s speech. What, then, makes older dialects “formal” sounding?

*At times, Mad Men seems almost willfully anachronistic in this regard.  There’s something bizarre about watching the very Californian-sounding Elisabeth Moss sit down to dinner with her Brooklyn-accented family.  But I have to admit I don’t mind this.  It somehow fits with one of the larger themes of this series, the way that Americans try to make themselves into individualistic, transient, non-regional supermen.

Ben T. Smith launched his dialect fascination while working in theatre. He has worked as an actor, playwright, director, critic and dialect coach. Other passions include linguistics, urban development, philosophy and film.
View all posts by Ben →
This entry was posted in American English and tagged dialects in TV. Bookmark the permalink.

13 Responses to Did We Speak More “Properly” 50 Years Ago?