A Rant: Accents and Bad Journalism 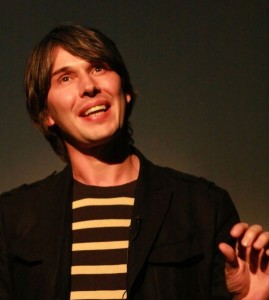 I realize that accents and dialects constitute a fairly obscure topic.  But I’m finding myself increasingly dismayed by how terribly journalism bungles this area of study.

Look, I understand how easy it is to mess up facts when it comes to linguistics.  I’ve only been running this site for two-and-a-half months, and I’ve already had to make any number of corrections to it.  It is easy to miss important data, forget something that you read, or draw unfounded conclusions.

But then there is something like this fluff piece at the Telegraph, about regional accents on the BBC. The piece begins by discussing the recent controversy over professor Brian Cox‘s documentary series, The Wonder of the Universe:  viewers complained the background music was too loud.  But the author decides to go in a different direction:

However, a long-awaited BBC report has found that regional accents are an equally significant factor. The findings could explain why Prof Cox, with his distinctive Lancashire accent, struggles to be understood.

But nobody is saying that. This is an unrelated study, which has nothing to do with Cox, whose accent is so mild that a grandmother from Iowa could understand him. And yet Cox’s picture is there, right at the top of the article, as if his gentle, lilting accent had anything to do with the topic.

Can we please, then, not validate Britain’s mindless sub-culture of dialect haters?  Indeed, in the comments for the article are a slew of loutish trolls ranting about the supposed ugliness of Northern accents.  Good job adding fuel to the fire.

The article ends with an ever-so-shocking response from the Beeb: “A BBC spokesman said regional accents would continue to feature on the BBC despite the issues raised.”

What?? You mean the world’s most respected media organization won’t be hiring a staff dialectician to make sure all their “dodgy” award-winning physicists and reporters speak the Queen’s English? Heaven forbid!

Lest you think this is merely a British phenomenon, there is this recent piece from the Chicago Tribune about dialect coach Linda Gates’ work with an Australian actor to master a Chicago accent. After spending a few a paragraphs discussing the coach’s methods, the piece ends with this laughable quote:

Umm, weren’t we talking about an Australian actor? To be fair to Gates, I think the reporter took this quote out of context. But really? There wasn’t somebody editing this article who noticed that Britain is a different country from Australia?

I know it’s easy to criticize. Linguistics is a science that is prone to retractions, contradictory evidence and constant change. When it comes to English accents, which evolve rapidly within mere decades, you can find holes in almost anything if you set your mind to it. Even the three accent-oriented linguists I most admire–Labov, Wells and Raymond Hickey–have borne endless reams of criticism questioning the validity of their findings. It comes with the territory.

But can we at least make sure what we’re writing isn’t wildly contradictory? Or patently wrong?

Ben T. Smith launched his dialect fascination while working in theatre. He has worked as an actor, playwright, director, critic and dialect coach. Other passions include linguistics, urban development, philosophy and film.
View all posts by Ben →
This entry was posted in Uncategorized and tagged celebrity accents, dialects and comprehension, dialects in TV. Bookmark the permalink.

7 Responses to A Rant: Accents and Bad Journalism