Australians do the Best Accents 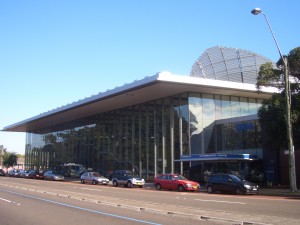 I often use Google News to write this blog. Crude source of inspiration it may be, but searching for permutations of “dialect,” “accent,” or “language” gives me a wealth of material to ponder. There is one exception to this, however, and that is when I search for “Australian Accent.”

That query yields the same results again and again:

You get the idea. These headlines illustrate a well-known fact: there is an extremely disproportionate number of Australian actors in American television and film. Disproportionate because Australia is a small country (it only recently cracked 20 million), as far from the United States as anywhere on earth, and has an accent nothing like an American dialect.

But let’s face it: Australian actors are really good at accents. If I were an American TV producer I might hire an Australian without worrying whether they had the American accent down. I would just assume they had it mastered, the way I would assume my doctor has a medical degree. It’s a given.

So then, why are Australian actors so good at accents? What is it about this friendly island nation that breeds dialect savants?

Frankly, because Aussie actors have to be at accents. We Americans and Brits can afford to be lazier. As drama students, we have the bulk of contemporary drama at our disposal. If an Aussie actor want to be considered for the greatest roles in English speaking drama, on the other hand, that actors needs to get out of his dialect comfort zone.

This is the theatrical equivalent of why a “Scandinavian monolingual” seems as mythical as a unicorn: if you want to spend your entire life in the greater Copenhaagen area, so be it, but eventually you might want to visit Amsterdam. The more culturally small and isolated a community, the more that culture broadens its linguistic horizons.

This isn’t about geography, it’s about cultural dominence. Living in New York City, I often forget that I am only 5 1/2 hours from a province (Quebec), where the native language is French. But as members of the most widespread culture on earth, we Americans don’t feel an instinctual need to learn other languages, even those close by.

By contrast, everything is stacked against Aussie thespians in terms of accent proficiency. Their own dialect is unusual and phonetically bizarre. They are isolated from all other accents of English. . And yet, as whole, they are the most accent-proficient actors on earth.

But I am sure Aussies are not the only example of this trend. What other small or isolated countries seem especially good at languages or dialects?

Ben T. Smith launched his dialect fascination while working in theatre. He has worked as an actor, playwright, director, critic and dialect coach. Other passions include linguistics, urban development, philosophy and film.
View all posts by Ben →
This entry was posted in Australian English and tagged dialects in film, dialects in TV. Bookmark the permalink.

17 Responses to Australians do the Best Accents