Dialects at the Oscars 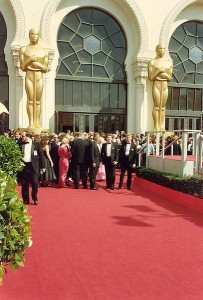 As has been noted more than a few times, last night’s Oscars telecast was a veritable cornucopia of accents. Best picture nominees features Boston English, Ozarks English, California English, Texas English, Received Pronunciation and, if you want to broaden the definition of “dialect” a bit, Tech Speak (i.e. The Social Network).

Does anybody else feel like Oscars and fake dialects have gone more hand in hand recently? I did some simple number crunching and realized that for 18 of the past 20 Best Picture winners, at least one of the top two billed actors was doing a dialect other than their own. Looking at the previous twenty years (1970-1990), this number was only 7 (by my count).

Do regional dialects impart some kind of prestige upon movies these days? Are we perhaps more accepting of foreign films and actors than we used to be? It’s an interesting, if puzzling, trend.

Ben T. Smith launched his dialect fascination while working in theatre. He has worked as an actor, playwright, director, critic and dialect coach. Other passions include linguistics, urban development, philosophy and film.
View all posts by Ben →
This entry was posted in Miscellaneous Accents and Dialects and tagged accents for actors, dialects in film. Bookmark the permalink.