“You is Smart:” Dialect Gripes About “The Help” 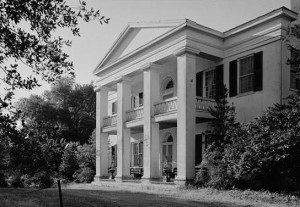 The other day, a Twitter pal mentioned a certain discomfort while reading Kathryn Stockett’s The Help. Apropos of this blog, it seems there are a number of complaints about the author’s (arguably) shaky command of African American Vernacular English, a dialect in which a large chunk of the book is written.

I must confess to not reading the novel in its entirety (despite a few aborted attempts; it’s just not my cup of tea). But I’ve read enough to offer a few general thoughts on some of the controversy surrounding the book’s language.

Before getting into that, however, I feel the need to defend Stockett on one point. Several critiques of her writing take issue with one of the novel’s most famous lines: “You is smart, you is kind, you is important.” Here’s a typical gripe, from a blog titled (appropriately) A Critical Review of the novel The Help:

“You is kind, you is smart, you is-” … Could there be anything as vile and contrived as that dialogue? Or as condescending? How about the uneasy closeness it has to something written for an episode of Amos n Andy…

I was going to devote this post explaining why this line doesn’t work, but Pagelady, a linguist who blogs about literature, beat me to the punch about a year ago:

But to be clear, this criticism actually applies to the movie, not the book.  Stockett herself does not in fact attribute these words to an African-American character. Rather, it’s a child who utters “you is smart, etc,” attempting to repeat what her nanny has told her. The film adaptation passes this line off to an adult, but I think we can acquit the novelist of this individual charge*.

That doesn’t mean one may not have other linguistic quibbles, however. For one thing, there seems to be little code-switching in The Help. Some of Stockett’s African-American characters speak in the broadest vernacular in every context they speak, even in this discussion of Sigmund Freud from Chapter 12:

“Oh, people crazy … I love reading about how the head work. You ever dream you fall in a lake? He say you dreaming about your own self being born. Miss Frances, who I work for in 1957, she had all them books.”

Keep in mind this character spends her days moving between the world of the Southern gentry and the segregated poor communities nearby. I have a hard time believing that nimble code-switching wouldn’t be a part of her everyday discourse, and that she wouldn’t change her register somewhat when discussing psychoanalysis with her college-educated, standard-English-speaking friend. (But of course, I really can’t speak from personal experience how anyone in 1960s Mississippi spoke.)

Beyond this sociolinguistic qualm, the book’s detractors more likely wince at jarring passages like this:

You’d never know it living here, but Jackson, Mississippi, be filled with two hundred thousand peoples. I see them numbers in the paper and I got to wonder, where do them peoples live? Underground?

This kind of language, whether it’s accurate or not, is going to stick out like a sore thumb in a novel written in 2009. The question is whether or not it’s historically justifiable. And more importantly, whether or not this character would choose these particular words to express this point.

Again, though, I don’t want to judge Stockett too harshly given that I haven’t read the whole book. Do any of the novel’s fans (or detractors) have thoughts on the use of dialects in the novel?

*In the novel, Aibileen (one of the narrators) says “you smart, you kind, you important,” which is more consistent with AAVE grammar.

Ben T. Smith launched his dialect fascination while working in theatre. He has worked as an actor, playwright, director, critic and dialect coach. Other passions include linguistics, urban development, philosophy and film.
View all posts by Ben →
This entry was posted in American English and tagged African American Vernacular English (AAVE), American Southern Accents, dialects in film, stigmatized accents. Bookmark the permalink.

10 Responses to “You is Smart:” Dialect Gripes About “The Help”