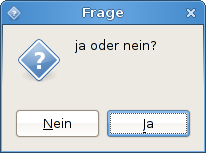 I lovingly tease my wife for having the most General of American accents I’ve ever heard. She grew up in an area with a unique dialect (the Philadelphia region), yet betrays little of this upbringing in her speech*. Except, that is, for one possible giveaway which I’ll call the Pennsylvania Question.

In much of America, if you ask someone a yes/no question like ‘Is it warm outside?’ the intonation will inevitably go up at the end, sounding roughly like this:

In parts of Pennsylvania, however, the intonation sometimes does something different. It falls after the stressed word in the sentence:

(Don’t you phoneticists rush at once to steal my WordPress-Friendly Intonation Transcription system.)

My first impression of the pattern was that it sounded like an American who’s enjoyed a spell overseas. British RP and Southeast England treat yes/no questions quite similarly in certain contexts. (Phonetician Esther Grabe has found this pattern in London and Cambridge; less so in Northern England). But after attending a few events in Western Pennsylvania, the phenomenon’s state-specific nature became more obvious.

But this raises a few questions. First, this is to my knowledge one of the few instances where PA German has a noticeable influence on PA English. By contrast, Germanic languages bear an unmistakeable stamp on the accents of the Upper Midwest. Yet despite German being still spoken natively in PA, its impact on the phonetics and phonology of Pennsylvania English seems limited. So why this one feature?

I’m also unclear as to the geographic provenance of this pattern. I’ve personally noticed it in the speech of folks from the Western Suburbs of Philly and areas of Western and Central PA, but I’m not entirely sure if it extends into the cities of Pittsburgh and Philadelphia themselves.

Where is this intonation pattern found? Are there other instances of German influence in Pennsylvania accents?

*Side note: Dawson’s Creek fans may remember actor Kerr Smith, who played Jack on the show. He grew up near my wife, attending the same high school, yet unlike her has an unmistakeable Philly accent (an obvious tense/lax split for TRAP words, advanced fronting of the GOOSE and GOAT vowels, etc.). Strange how people can grow up in the same area in America, under near-identical socioeconomic circumstances, yet speak very differently. Also, I have watched way too much Dawson’s Creek lately.

Ben T. Smith launched his dialect fascination while working in theatre. He has worked as an actor, playwright, director, critic and dialect coach. Other passions include linguistics, urban development, philosophy and film.
View all posts by Ben →
This entry was posted in American English and tagged prosody. Bookmark the permalink.