The Brooklyn Accent (And the City it Stands For) 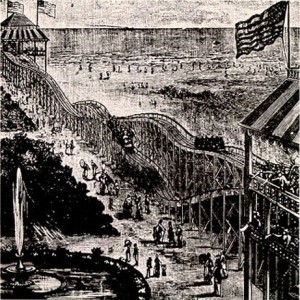 Like almost any theatre student in New York, I spent my share of time during college at the Drama Book Shop. Naturally, I always gravitated toward the voice and speech section of the shelf. I remember browsing through a book on ‘stage dialects’ and being perplexed by the chapter titled ‘The Brooklyn Accent.’ Can the speech of this single borough be considered different from the city as a whole?

“People want me to tell them which block … The fact is—but don’t write this, because it will enrage people—Brooklynese is exactly the same whether it’s spoken in the Bronx, Queens, and Staten Island or in Brooklyn. Or the Lower East Side.”

Note, though, Labov’s choice to use a single borough to describe the speech of the city as a whole. There is something about that particular section of the Big Apple that seems to garner the most linguistic attention.

The colorful term Labov uses, by the way, dates back to at least 1893, where it appeared in a satirical magazine called Town Topics.  Even then, the borough had clearly earned a reputation for being a bit, well, different:

It should be mentioned here that the people of Brooklyn talk Brooklynese. Brooklynese is a language that is a mixture of Bowery, Pittsburgh, and Zulu.

Since then, Brooklyn speech has been the butt of countless jokes, sometimes loving, sometimes obnoxious. An example of the latter popped up on a TV show about hotel management I recently watched. The host, trying to make nice with a Spanish-speaking staff member, reassured her that ‘I’m from Brooklyn … so don’t worry, I don’t speak English so great either.’ Which is not a little insulting given that the borough was one of the 20th-Century’s great sources of literary talent.

A quick trip to Google NGram reveals pretty much what you might expect about the borough’s dominance. ‘Brooklyn accent’ (the blue line) takes the lion’s share of mentions of borough-specific English, followed distantly by ‘Bronx accent’ (the red line) and ‘Queens accent’ (the green line):

Why is this term so synonymous with ‘New York Accent?’ Brooklyn is the most populated borough, so that may have something to do with it. One could argue that we name city’s dialects after their heavily populated, working-class areas, which is perhaps why ‘Cockney’ took hold more than something as general as ‘London English.’

That’s perhaps why Adele was described in a recent profile as speaking ‘Cockney’ (despite not growing up in East London). And it’s why I once described the old woman ordering rye at a local deli as having a ‘Brooklyn Accent’ (even though I was in Queens at the time). Sometimes the speech of a part of a city is equated with the speech of the city itself.

Ben T. Smith launched his dialect fascination while working in theatre. He has worked as an actor, playwright, director, critic and dialect coach. Other passions include linguistics, urban development, philosophy and film.
View all posts by Ben →
This entry was posted in American English and tagged Cockney, New York Accent. Bookmark the permalink.