The Importance (or not?) of Vowels 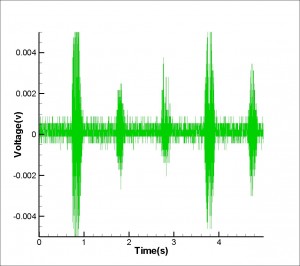 Linguist Will Styler has a smart, funny website titled ‘The Society for the Prevention of Cruelty to Vowels.‘ In the page ‘The Anti-Vowel Agenda,’ he elucidates his gripe:

Yet every day, vowels are bought and sold on national television, subjected to reduction (or even deletion) in unstressed environments and worst of all, in elementary and middle schools, students are systematically taught to deny the existence of more than two thirds of their ranks, focusing instead on five (sometimes six) lies spread by the million-dollar-a-year spelling bee industry.

This is obviously tongue-in-cheek, but Styler does have a point. When I learned to read, I was given a detailed description of the consonants of English. The vowels, on the other hand, were something of an afterthought. I knew what an ‘n,‘ an ‘r,’ and an ‘l‘ were as a child, but I certainly couldn’t identify an ‘ash’ (the vowel in words like ‘cat’ and ‘trap’).  It was only crude a, e, i, o, u, and occasional interloper y.

Much of this discrepancy can be attributed to spelling, as Styler suggests; those 5-6 Latin vowel symbols certainly give laymen the impression we have less vowels than we do. Yet I think there is more to this misperception than orthography.

In some ways, vowels seem to cause native English speakers less trouble than consonants. As I’ve mentioned here before, Scottish children can master their native dialect’s complex vowel lengthening rules quite early in the game, even as they struggle with the same consonants that most English-speaking children do.  Young children are prone to vowel ‘errors,’ of course, but I find they don’t have quite the salience of adorably ill-formed l‘s and r‘s.

So why do we tend to view vowels as less “important” than consonants? Probably because many of our vowels are more than a little disposable. (Not to put too find a point on it.) While we keep the front vowels fairly distinguished, the vowels in ‘book,’ ‘cut,’ ‘caught,’ ‘father’ are all merged with other phonemes in various accents*. That’s a whopping four vowel phonemes the absence of which doesn’t impact intelligibility. So we arguably don’t see vowels as ‘important’ because some of them, objectively speaking, aren’t.

Then, of course, there is the matter of dialects. One phone (IPA a) can be used to express the ‘o‘ in ‘lot,’ the ‘a‘ in ‘father,’ the ‘a‘ in ‘cat,’ or the ‘u‘ in ‘strut’ depending on which regional variant of the language we’re talking about.  I don’t need to repeat the countless ways in which English vowels shift, merge, and neutralize.

And yet, despite vowels being less ‘important’ in terms of comprehension, their sheer instability makes them arguably more ‘important’ culturally. Much of the debate and discussion here centers around vowels, and how vowels reflect class, society, and identity. Consonants are vital to discussions of English dialects as well (note the many posts here about l-vocalization and th-fronting), but they can’t quite compete with the vowels’ near-endless shades of sociolinguistic meaning.

*I’m hardly the first to point this out, but the ‘disposable’ vowels of English are typically the back vowels. Not surprisingly, this part of the vowel space is smaller than the front.

Ben T. Smith launched his dialect fascination while working in theatre. He has worked as an actor, playwright, director, critic and dialect coach. Other passions include linguistics, urban development, philosophy and film.
View all posts by Ben →
This entry was posted in English Phonetics and tagged phonetics, scottish accents, vowel shifts. Bookmark the permalink.

13 Responses to The Importance (or not?) of Vowels