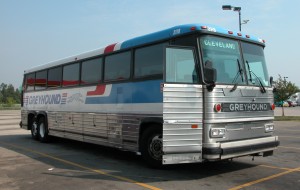 Can you get a feel for the local dialect of a city just by visiting there? The answer varies by city. There are towns like London or Liverpool where the accent is so pervasive that it would be hard to avoid. In New York or Boston, meanwhile, the traditional accent differs so strongly from General American speech that, regardless of the proportion of those who speak it, it holds a place in the our cultural imagination. But what if a city’s ‘local’ speech is unique in subtle ways? Here the picture is greatly complicated by inmigration.

‘Inmigration’ is, as far as I can tell, not a word used much out of the academic community. (My computer’s spell-checker certainly doesn’t recognize it). It’s a very useful way of describing transplantation within the borders of a single country. For linguistic purposes, after all, dialects between regions of one nation can be as distinct as between nations themselves. When African-Americans migrated north at various points in history, for example, the linguistic and cultural differences between the rural South and urban North would have been almost as great as if moving to another country entirely.

But let’s look at a more subtle example. This weekend I visited Vancouver. My initial thought while overhearing the conversations of passengers on the train was, ‘Wow, when you cross the border everyone suddenly sounds Canadian.’ But Vancouver has many inmigrants, as a waiter from Winnipeg would attest. Do these outweigh perceptions of whatever local ‘Vancouver’ accent may have once existed? (Which is sometimes attested as sounding ‘less Canadian’ than others.)

The point being, how we perceive dialects ‘on the ground’ can be very misleading. While living in New York City, I perhaps went days without hearing the traditional New York accent. Likewise, strolling through a street in a British coastal town one might make the assumption that ‘everyone here talks like Londoners,’ but how many London tourists, inmigrants and part-timers are contributing to that impression? What we hear on the street isn’t always the same as what we would hear in a local pub.

Ben T. Smith launched his dialect fascination while working in theatre. He has worked as an actor, playwright, director, critic and dialect coach. Other passions include linguistics, urban development, philosophy and film.
View all posts by Ben →
This entry was posted in American English and tagged Canadian Accents. Bookmark the permalink.