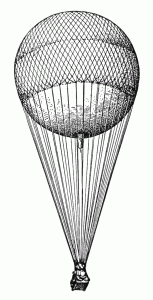 It is this latter sense of ‘going to’ that is especially susceptible to contraction, the process of vowels and consonants being elided for the sake of efficiency. ‘Going to’ features an ‘ng’ followed by a ‘t,’ which is a rather awkward juxtaposition of sounds in English. Our inclination is to assimilate nasals so that they conform with proceeding consonants, hence ‘goin’ to‘ (with an alveolar ‘n’ that fits nicely with the ‘t’) is easier to say than ‘going to’ (with a velar nasal).

Of course, we don’t stop there. We often elide the ‘t’ and drop the diphthong in ‘going’ completely, resulting in one of the more ubiquitous ‘incorrect’ words in English: ‘gonna.’ This contraction is unique in that it’s only used in specific contexts. Namely, we can use ‘gonna’ when we’re describing the intent to do something (“I’m gonna talk with her”), but not our intent to go somewhere (‘I’m gonna my sister’s house’ doesn’t sound right, does it?).

‘Gonna’ can be reduced even further. I’ll cite an example from personal experience. Something I’ve noticed among younger American English speakers is the contraction of ‘I’m going to’ something like ‘angunna‘ (ɑŋɘnə). In this case, the ‘m’ in ‘I’m’ is assimilated with the ‘g’ in ‘gonna,’ (with the ‘g’ itself invariably dropped). Quite an evolution from ‘I am going to!’

Then there is a dialect-specific contraction that is one of the most extreme in the English language. That would be African-American Vernacular English’s ‘Ima‘ (ɑmɘ). ‘Gonna’ is entirely elided here; the 9-phoneme phrase ‘I am going to’ is contracted to a mere three sounds.

(I’ve noticed an interesting variant of ‘Ima,’ in which everything after ‘I’m’ is smoothed out into a single, nasal, rounded vowel. As a recent commenter here observed, this contraction might be more along the lines of ‘Imo,’ of which something like ɑmɵ̃ seems a good representation.)

Since we are so inclined to contract the living daylights out of ‘going to,’ it’s not unreasonable to ask why we use ‘going to’ so much in the first place. Why do we not just scrap it and go with ‘will?’ Both are variations of the same simple future tense.  But ‘I will’ is much more efficient than ‘I am going to.’

The answer is that there are subtle shades of meaning that ‘going to‘ expresses that ‘will‘ does not. Not that there aren’t situations where the two are nearly interchangeable. The difference between the meaning of ‘I will talk to Molly about it’ and ‘I’m gonna talk to Molly about it’ are slight. Yet while ‘I’m gonna ask Molly to marry me’ makes sense, ‘I will ask Molly to marry me’ sounds strange. The former is full of romantic longing, while the latter has the tenor of a waiter saying he’ll consult the chef about the wine list.*

And so ‘going to‘ perseveres, its clumsiness inspiring a variety of interesting contractions. Any others worth noting?

*I’d recommend this brief run down at The English Page for a more complete description of the difference of the two.

Ben T. Smith launched his dialect fascination while working in theatre. He has worked as an actor, playwright, director, critic and dialect coach. Other passions include linguistics, urban development, philosophy and film.
View all posts by Ben →
This entry was posted in English Phonetics and tagged African American Vernacular English (AAVE), phonetics. Bookmark the permalink.

50 Responses to ‘Going to’ Contractions