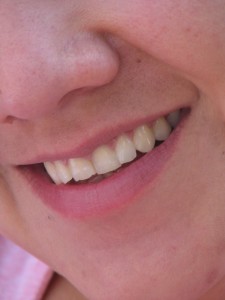 Today’s topic is not very academic, but is worth discussing in relation to the American dialect(s). I’ve lived as an American my whole life, and something I find endlessly fascinating about our speech are ‘faint praise words.’ These are non-committal congratulations and compliments that, when you think about it, don’t much compliment or congratulate anything. Words such as:

1.) Cool. This is still the reigning king of such pleasantries. Ostensibly an old jazz term, ‘cool’ once meant something hip or trendy. (And still does, of course). However, it’s become a half-hearted platitude in all kinds of contexts. ‘I’m going to an antiques fair this weekend’ might prompt a ‘That sounds really cool.’ I doubt the respondent in this interchange actually thinks antiquing is hip.

‘Cool,’ I would surmise, originally derived from a sense of laid-back joie de vivre. We still use the word in this way, for example when we tell an angry person to ‘keep their cool,’ meaning to ‘cool’ one’s passions. Which is why the word is somewhat strange in the context of praise or enthusiasm. It suggests something agreeable, not exciting. Which is perhaps Americans why adapted …

2.) Awesome. This word doesn’t much change from its dictionary meaning, keeping its definition of something awe-inspiring. However, the ubiquity of the word in contemporary American English robs it of much of its gusto. We say ‘This pasta is awesome,’ ‘My apartment is awesome,’ or ‘Your job in insurance adjustment sounds awesome.’ Are any of these things mind-blowingly impressive? Not necessarily. In essence, this is the inverse of ‘cool;’ In the case of ‘awesome,’ we take a word conveying breathtaking excitement and make it surprisingly banal.

One of the unfortunate results of this reappropriation of ‘awesome’ is that when one requires use of the word in its traditional sense it is easily misinterpreted. A classical music critic might write of Faure’s ‘awesome Requiem,’ and while the word makes sense in this context, it can be interpreted as alarmingly off-the-cuff by contemporary readers. Such is language evolution.

3.) Neat. I can think of few words laced with as much withering neutrality as ‘neat.’ When we describe an experience as ‘neat,’ as in ‘We had a really neat time at the zoo,’ we are suggesting something that is quite literally clean, ordered and convenient. There is nothing dangerous or exciting about something that is ‘neat.’ Rather, it’s something pleasant, non-threatening, and uncomplicated. And of course, the word’s more human-applicable cousin is …

4.) Nice. On occasion, I’ve heard both the terms ‘Seattle nice’ and ‘Minnesota nice’ refer to their respective localities. Neither equate to outgoing, gregarious demeanors. Rather, we refer to Minnesota and Seattle, two of America’s more Scandinavian-influenced cultures, as having a mixture of surface friendliness and cold weather reserve.

‘Nice’ is decidedly unsexy, which is why it’s something we Americans are very ambivalent about being called. ‘Girls don’t like nice guys’ is a common (and decidedly misogynistic) refrain, which exemplefies our strange attitudes about niceness. We all want to be nice, but don’t necessarily want what comes with it. And so, again, we use ‘nice’ to denote something we feel very neutrally about.

So what’s with all these words? Pragmatically speaking, they seem to serve the purpose of withholding judgement in as pleasant a way as possible. That’s not to say I have any problem with you going to the zoo, just that I am not particularly
interested in the fact that you are going to the zoo, and so interject with a meaningless, ‘Going to the zoo sounds awesome.’

I don’t mean to suggest this kind of thing only exists in America. Far from it. I’m fairly certain all the above pleasantries have made their way into the British Isles and elsewhere.

But I am reminded of all this when I hear a common British observation: that we Americans are ‘direct’ in our language. In fact, our tendency to use the polite words above suggests we may be indirect in a rather different way. Rather than buffeting our statements with a lot of ‘rather’s and ‘quite’s, we Americans seem to codify specific words so they are understood by all parties to be inexpressive of actual emotion.

20 Responses to Words of Faint Praise