Accent of a Contrarian: Christopher Hitchens 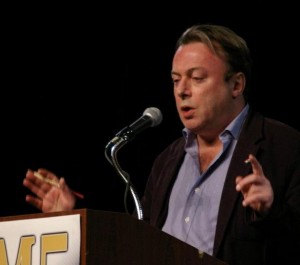 Christopher Hitchens passed away yesterday. His controversial life is far beyond the purview of a blog about dialects, yet I can think of few people with an accent as inextricably linked with their personality. Here is a brief clip of Hitchens speaking a mere year ago, in a video post on Vanity Fair’s website:

Technically, there is nothing unusual about Hitchens’ accent; he attended the Leys School and Oxford. As such, he speaks crisp, non-regional Received Pronunciation.

And yet Hitchens lived in the United States since 1981. I have known few Brits who have spent such a long time in America without making some accommodations to American speech, even if slight. There are usually a few r’s where they wouldn’t normally be, some slight erosion of the ‘trap-bath split,’ intonational patterns more typical of this side of the pond.

And yet Hitchens kept his accent intact in a way that most cross-Atlantic transplants do not (or cannot). He maintained features that one would expect to unconsciously fade. For example, up until late in his life, he still used the ‘smoothed’ triphthongs typical of British RP (i.e. ‘power’ sounds almost like ‘pa’).

Even among the British who keep up a jet-setting lifestyle, accents can waver. Anna Wintour, another titan of journalism, is what I think of as more typical:

I don’t think Hitchens was entirely unaware that his accent remained strikingly English. Some years back, in a notorious appearance on a talk show hosted by Bill Maher, Hitchens mocked fellow guest (and that point, American resident) Elvis Costello by saying he sounded Irish*. Perhaps this critic of all things insincere found insincerity in those who fit their accents to their surroundings.

One’s speech changes naturally due to accommodation. It says something about Hitchens that mindlessly accommodating to someone else, even linguistically, was to lose one’s independent identity.

*I haven’t seen this clip since it first aired: there may be a more complex dig that I’m not getting.

Ben T. Smith launched his dialect fascination while working in theatre. He has worked as an actor, playwright, director, critic and dialect coach. Other passions include linguistics, urban development, philosophy and film.
View all posts by Ben →
This entry was posted in British English and tagged dialects in TV, Received Pronunciation (RP). Bookmark the permalink.

15 Responses to Accent of a Contrarian: Christopher Hitchens