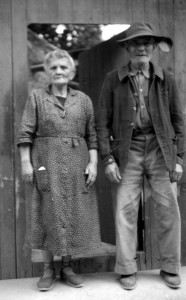 Couples speak their own languages.  Whether these could be called ‘dialects’ or not is up for debate. But couples certainly seem to engage in code shifting, the act of changing one’s mode of speech depending on context.  They engage in different styles of discourse depending on whether they are happy, angry, argumentative, conciliatory or any other emotion possible.

Be they dialects, languages or lingos, couple-speak is one of the more peculiar phenomena of human interaction.   Although perhaps never studied, I’ve often wondered if couple language differs by region, ethnicity, sexual orientation and culture the same way dialects do.

There are, of course, couple-centric phrases typical of certain English dialects.  This is particularly true of terms of endearment: note American Southern/Irish ‘darlin,’ British ‘love,’ and pan-dialectical ‘babe.’  Of course, few of these are exclusively romantic (or particular to an exact region).  Coversely, other romantic nicknames sound obscure outside of the couple to which they are heard (my wife calls me ‘buddy’).

A type of etymology unique to couple-speak is ‘baby talk,’ the cutesy, playful, and not a little infantile mode of expression that lovers engage in. Adults are reluctant to discuss their own use of baby talk with their significant others, of course.  (Many would rather discuss their sex life.)  Yet it’s a common type of communication in relationships. It may, in fact, contribute to one’s mental health, as this Women’s Health article suggests:

Whether it’s baby talk or coded conversation (“It’s getting chilly.” Translation: “Let’s leave now.”), the overall message is: The two of you are tight. “You are saying, symbolically, that you care enough about the other person and the relationship to develop your own way of speaking,” says Carol Bruess, Ph.D., the director of family studies at the University of St. Thomas in St. Paul, Minnesota …”You’ve got your own private world, your own mini culture.”

My impression is that ‘silly’ or ‘baby’ talk has a way of insinuating itself into adult conversation.  My wife and I got into the habit, silly as it sounds, of adding ‘-s’ onto singular nouns: ‘You want to go to the stores?’  Of course, lo and behold, what became a staple of playful discourse became quite serious: ‘We need to go to the stores, we’re really running low on breads!’

Baby talk among couples is a good example of the way facetious speech often evolves to become quite sincere.  This has intriguing implications: if childish speech can make it into the adult conversation of couples, what other linguistic ‘jokes’ become fully-fledged dialect features?

Ben T. Smith launched his dialect fascination while working in theatre. He has worked as an actor, playwright, director, critic and dialect coach. Other passions include linguistics, urban development, philosophy and film.
View all posts by Ben →
This entry was posted in Miscellaneous Accents and Dialects and tagged unusual accents and dialects. Bookmark the permalink.