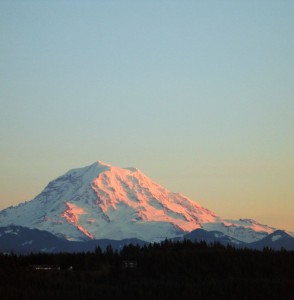 Since moving across country, I’ve only had intermittent internet access.  I’ll be more active here and in the comments once we get everything set up on Friday.  A brief anecdote, however.

As I foreshadowed some time back, I just moved to the city of Seattle.  A week ago, while hunting for apartments, a spacey property manager handed me the opportunity dialect hounds dream of:  he identified where he grew up (Seattle), his age (late thirties), and gave a detailed account of everywhere he’s lived in the greater metropolitan area.  I’m still somewhat perplexed about what entails a ‘Pacific Northwest accent,’ so I took note of the following observations:

*He tended to use a monophthong in words like ‘face’ and ‘goat’ (i.e. ‘fehs‘ and ‘goht‘ or [e:] and [o:]).
*The vowel he used for words like ‘lot’ and ‘top’ was fairly consistently rounded (i.e. ‘lawt’ and ‘tawp;’ or [ɒ].
*Somewhat anachronistically, the speaker exhibited some indications of the pin-pen merger: when he mentioned ‘Kent’ (a suburb of Seattle), he pronounced so that it sounded like ‘Kint.’

The first two features are typical of Canadian English or some types of Western American English. The last, curiously, is more typical of the American South, although it can be heard in some Western states as well. To be honest, I’d need more information to deduce if this is truly the merger, or due to some other phenomenon.

None of what I’ve said here is particularly revealing (several people on this blog have commented on the same observations), but it was great to hear what seemed to be a true-blue Northwest accent.  That being said, I should note that other Seattleites don’t exhibit anything like what I’ve described above.  Are there perhaps ‘working-class’ Northwest accents? ‘Educated’ ones?

Ben T. Smith launched his dialect fascination while working in theatre. He has worked as an actor, playwright, director, critic and dialect coach. Other passions include linguistics, urban development, philosophy and film.
View all posts by Ben →
This entry was posted in American English and tagged phonetics. Bookmark the permalink.

16 Responses to Accents of the Pacific Northwest, Part II