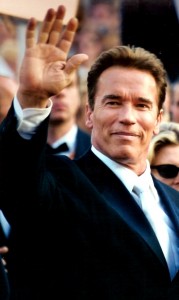 As much as I hate to admit it, ‘foreign’ accents don’t pique my interest the way ‘native’ accents do.  That’s not to say I don’t love foreign languages.  I’m fascinated by the grammatic intricacy of Navajo and the differences between dialects of Spanish. But I find language most interesting in the way that it intersects with a person’s identity, and it seems few people want to be identified with foreign accents.  Usually quite the opposite.

The most remarkable thing about foreign accents, in my mind, is the question of why some L2 (second language) speakers have such ‘strong’ accents, while others sound nearly like natives.  While some details of a speakers’ upbringing can provide answers to this question, it remains somewhat mysterious as to why pronunciation vexes some more than others.

Of course, certain languages simply have phonologies ‘closer’ to English than others.  Hence someone from northern Germany may be more likely to speak ‘like a native’ than someone from Spain.  After all, Low Saxon languages have vowel inventories similar to that of English, while Castilian Spanish‘s five vowel system ostensibly makes it difficult to adjust to the tense-lax distinctions important to English pronunciation.

Even within languages, some dialects are more likely to be ‘compatible’ with English. Quebec French‘s vowel system is closer to English than Parisian French’s:  like English, Quebecois distinguish between tense and lax vowels and use a rich variety of diphthongs. I would argue, then, that Quebecois English speakers more easily grasp ‘native-sounding’ pronunciation than their French counterparts.

How a foreign speaker pronounces things, of course, can be misleading.  Some dialects of Chinese have vowel systems strikingly similar to English*, yet the languages have little in common otherwise.  I once met a young Taiwanese man who spoke English with flawless pronunciation, but whose grasp of the language’s syntax was quite poor.

But the phonological structure of someone’s native language doesn’t entirely predict how well they speak English.  Possibly the best non-native English speaker I ever encountered was from Croatia, where the local language offers few tools with which to master English vowels.  Conversely, while one may assume that Scandinavians pick up English without a hitch, I’ve met Norwegians and Swedes who speak with quite marked foreign accents.

But why do speakers of seemingly similar backgrounds vary in their ability pick up English pronunciation?  To cite a celebrity example, why does Austrian actor Christoph Waltz have such a mild accent where Arnold Schwarzenegger (a resident of the US for decades) has such a strong one?  The specific localities where they grew up?  Their socio-economic backgrounds?  Answers to such a question vary by class, upbringing, schooling, age, self-identity and parentage.  Which is to say there are no easy answers at all.

*Really, it’s a matter of numbers.  Because English has an unusually large inventory, you might argue that any language with more than 10 monopthongal vowels is ‘similar’ to English.

Ben T. Smith launched his dialect fascination while working in theatre. He has worked as an actor, playwright, director, critic and dialect coach. Other passions include linguistics, urban development, philosophy and film.
View all posts by Ben →
This entry was posted in Miscellaneous Accents and Dialects and tagged celebrity accents, class and accent, dialects and comprehension. Bookmark the permalink.