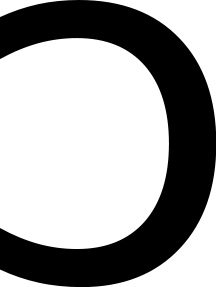 I remember the first time I learned about the cloth set. It was a boiling summer day in an un-air-conditioned New York workplace. Feeling the heat, I exclaimed to a co-worker, “Man, this is a hot office!”

At that moment, I realized the vowel I used for “hot” was not the same vowel I used for “office.” This is due to what linguist JC Wells terms the cloth set, a set of “short o” vowel sounds that is mostly found in American English accents.

The cloth set describes words that might be expected to have the “short o” in words like “cot” or “pot,” but which are pronounced instead with the vowel in words like “thought” or “flaw.” So while lot is “laht” (IPA lɑt) in General American English, off and cloth become “awf” and “clawth” (IPA ɔf and klɔθ).

The cloth set is primarily thought of as an American feature, but was once more common in British English. In old-fasioned Received Pronunciation (“U-RP”), for example, off sounded like “orf” (IPA ɔ:f). As with many American accents, U-RP used the “thought” vowel for “short o’s” before voiceless fricatives (i.e. -s, -th, -f).

But the American cloth set is more of a multi-headed beast. My own cloth set features words that end in -g (dog), -ng (long), and two lexical exceptions: the word on (most other -on words are in the LOT set); and the word chocolate.

We generally know how and when the cloth set came about. Beginning in the 1600’s, the o in lot became a long vowel before voiceless fricatives in various English accents. What’s less clear (to me) is how this extended to words like dog, long and chocolate in American English.

It’s reasonable to think that coarticulatory effects* influence some of these pronunciations.  For those of you scratching your heads, let me explain.  Vowels and consonants are often affected by the other vowels and consonants that surround them.  For example, the co-articulatory effect of being sandwiched between two “s” sounds means that most people probably don’t pronounce the t in “Lower East Side.”

In terms of the cloth set,  the fact that the “o” in words like “dog” and “long” precedes a velar consonant (i.e. a consonant pronounced with the rear roof of the mouth) might explain the effect of “o” being retracted and raised to an “aw” sound. For on, the fact that that -n is a nasal consonant, which again entails a degree of velarization, may have a similar effect.  Just one possible explanation: I haven’t the foggiest clue if that has anything to do with it.

The problem here is that Americans aren’t consistent in this regard. Why is on part of the cloth set, but not “upon?” Why is “log” a “cloth” word, but not “cog.”** Why “chocolate” but not “lock?”

**In my own personal variant of the cloth set.

Ben T. Smith launched his dialect fascination while working in theatre. He has worked as an actor, playwright, director, critic and dialect coach. Other passions include linguistics, urban development, philosophy and film.
View all posts by Ben →
This entry was posted in American English and tagged General American English (GenAm), phonetics, Received Pronunciation (RP). Bookmark the permalink.

60 Responses to The Cloth Set