One of My Favorite Famous Accents 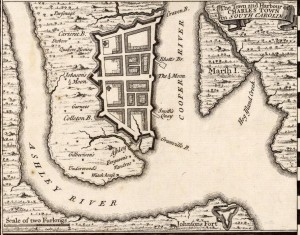 As per a recent post about non-rhotic American Southern English, I should mention one of my favorite accents of any politician.  That would be the former Senator from Charleston, South Carolina, Fritz Hollings.

An excellent clip of his speech can be found here (the fine folks of Book TV have curiously decided to disable the Embed function).

I don’t know enough about Hollings’ (centrist) politics to form an opinion about them. But linguistically-speaking, I think the man is a national treasure. He is one of the last notable examples of the traditional Charleston Accent, which is rapidly dying out in the face of modernity.

This accent has two important features. First, as you will notice in the clip, the diphthongs in words like FACE and GOAT become monophthongs (IPA [fe:s] and [go:t] or “fehs” and “goht”). In this regard, the accent shares similarities with varieties of Irish, Scottish and Northern English speech.

The accent also features a modified form of Canadian Raising, whereby the diphthong in words like “about” or “house” is raised slightly.  You can hear examples of this at the following points in the clip:

“CharlE” has been reputed to have British, Caribbean, African, Irish and Scottish influences.  While I can’t vouch for these, Charleston is nonetheless a reminder that American English, no matter the variety, actually came from somewhere.

I am one of those who believes that American English is becoming more diverse rather than less.  But in embracing this diversity, it is important to honor the passing varieties of English that will soon leave us.  Rest in peace, Charleston English.

Ben T. Smith launched his dialect fascination while working in theatre. He has worked as an actor, playwright, director, critic and dialect coach. Other passions include linguistics, urban development, philosophy and film.
View all posts by Ben →
This entry was posted in American English and tagged American Southern Accents, canadian raising. Bookmark the permalink.

37 Responses to One of My Favorite Famous Accents