The Rise of Creaky Voice 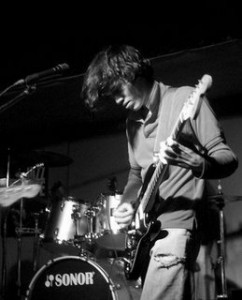 Sometimes when I’m writing a post, I stumble upon something intriguing enough that it makes me change topic mid-stream. Today is one of those days.

I was going to look at the differences between General American accents among younger vs. older generations. As such, I found clips of two natives of Omaha, a midwestern city identified by William Labov and others as having one of the most “neutral” accents among major US cities.

The accent samples I attempted to compare were the unlikely duo of Warren Buffett, the renowned financial analyst, born in 1930; and famed musician Conor Oberst, born in 1980. And yet my research went off the rails: right off the bat, there was something very noticeably different about Oberst’s speech. Here’s the clip:

Unlike Buffett (whose clip I haven’t included), Oberst speaks with something called creaky voice. In a nutshell, this means that vocal folds are compressed, creating a … well, creaky sound in one’s voice.

Anyone who lives in the Northern US will probably recognize this as a “young person’s” accent feature. Being born in 1980 myself, many people I grew up with spoke with creaky voice, yet I’ve rarely heard it in anyone born before the 60’s.  Where did creaky voice come from? And why does it seem to be spreading? [If it is spreading!]

There has been a notion batted around for a while that creaky voice began as a prominent feature of Pacific Northwest English. This radio piece from a few years back on the dialect of Seattle mentions this, for example. There is even some historical evidence to back it up: some Amerindian languages in the Northwest feature creaky voice as well.

Indeed, listening to creaky-voiced speakers immediately draws to mind the Northwest’s grunge rock heyday. All those world-weary young men in flannel seemed to have this speech feature. The late Kurt Cobain certainly did:

In fact, this speech trait seems almost de rigeur among the alternative music set.  You could almost hypothesize it began as a regional quirk, then spread through the burgeoning indie rock movement. Evidence of its indie inter-regionalism?  Musician Justin Vernon (aka Bon Iver) has creaky voicing, even though his dialect otherwise betrays his place of upbringing (northern Wisconsin):

My take? I think creaky voice is indicative of a much larger trend in post-war American dialects. Namely, that we don’t really need to speak the way we once did. As we’ve become a more suburbanized and isolated culture, the need to communicate outside of our closest friends and family has diminished.

For me, the importance of creaky voice is not where it came from, but how a vocal quality which impedes the production of speech (it limits airflow) has managed to thrive. Common sense might suggest that in order to speak constantly with creaky voicing, you would have to be part of a society that requires less verbal communication.  Not that I’m condemning creaky-voicedness; I just see it as one more product of a suburban “indoor voice” culture.

Just thoughts. I know little about this phenomenon (or even how to use it correctly in a sentence — the creaky voice? a creaky voice?). Nor have I found much in the way of serious studies on it. Any thoughts?

Ben T. Smith launched his dialect fascination while working in theatre. He has worked as an actor, playwright, director, critic and dialect coach. Other passions include linguistics, urban development, philosophy and film.
View all posts by Ben →
This entry was posted in American English and tagged General American English (GenAm), phonetics. Bookmark the permalink.

25 Responses to The Rise of Creaky Voice