On the STRUT Vowel and Spelling 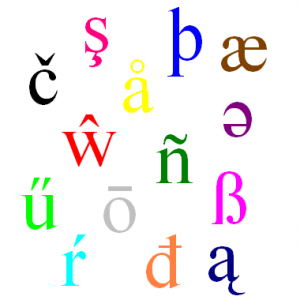 To put it mildly, the English language has a tricky spelling system.  It’s confusing, illogical, archaic and often just bizarre.  Case in point: in standard British English the letter o can, depending on context, represent nine out of the twelve monophthongal vowel sounds (by my count). We have a seriously complicated way of spelling things.

Of course, given how many accents our language has, some spellings make “sense” in certain accents where they don’t in another. The o in not is logical in the accent of Edinburgh (where it’s a pure o sound); less so in Detroit (where it’s closer to the a in cat). This begs the question: do children with certain accents have an easier time learning how to write than others?

This is worth some investigation, since one of the most problematic vowels in English spelling is also involved in one of the language’s largest accent divisions. This would be what we call the STRUT vowel: the short vowel in such disparate words as strut, cut, fudge, tough, won, one, ton, love, above, blood and run.  It’s a challenge for a beginning English reader to see how one sound can be represented in so many ways.

But this is more of a challenge in some accents than others.  In particular, this vowel doesn’t technically exist in the accents of Northern England. There, these words use the vowel in words like foot and put (ʊ). Hence the goofy transcriptions you sometimes read in novels set in the region (“Are you all right, loov?“)

You might say, then, that there is more logic to the spelling of these words for someone from Manchester than someone from London or America. From the Northern English perspective, o, u, oo, and ough look more closely related.

Is it easier, then, for a child from Northern England to learn to write these words than an American? (I struggled mightily as a child to grasp which word “rough” represented.) I’m probably overreaching, but it would be interesting to construct a study judging the speed at which children of different linguistic backgrounds learn to read and write (if this has not already occurred).

In the broader spectrum of language, of course, orthographies (spelling systems) are not alike in ease of use.  Does this also apply to variations within a language? Is it possible certain accents are conducive to spelling and reading? While other accents impede literacy?

Ben T. Smith launched his dialect fascination while working in theatre. He has worked as an actor, playwright, director, critic and dialect coach. Other passions include linguistics, urban development, philosophy and film.
View all posts by Ben →
This entry was posted in British English and tagged strut-foot merger. Bookmark the permalink.

26 Responses to On the STRUT Vowel and Spelling