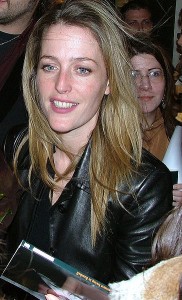 Continuing yesterday’s discussion of the accents of transplants, I’m mulling over a related question: can someone be bi-accented? Just as there are bilinguals, are there some people who are native speakers of multiple accents?

I should clarify. I’m not talking about someone whose accent shifts in certain contexts (that happens to us all). Rather, I’m speaking of someone who was exposed to two accents at an early age, and speaks both fluently. Just as there are people who are native speakers of both Spanish and English, can you be a native speaker of more than one accent?

There are many examples of what linguists term code-switching in the English-speaking world. Here in the US, many speakers of African American Vernacular English switch to General American English in certain contexts. And many children with Carribean parents speak Patois at home but an entirely different “standard” dialect elsewhere. But these cases mostly involve dialects (i.e. grammatical differences) rather than accents (pronunciation differences).

So what about accents that are grammatically similar (as in standard US and British English), but differ in pronunciation?

There is one prominent example of this that I can think of, namely X-Files actress Gillian Anderson. Anderson spent most of her childhood in England, spent her adolescence and college years in Chicago, then moved back the UK in her adulthood. The result is that she usually speaks British English in the UK, but American English in the States.

Here she is in England, on the talk show Parkinson:

Contrast this with her appearance on an American red carpet:

If I didn’t know about Anderson’s background, this would seem to me the height of actorly affectation.  Yet perhaps this is the natural behavior of someone who can’t claim either accent as “native.”  She has made the choice to preserve her linguistic roots in both nations rather than allow her speech to slip into placelessness.

Intruigingly, both of her accents seem to exert a slight influence on each other. Her American accent has a bit of a British undercurrent, and her British accent occasionally slips into an American intonation. Both, therefore, seem to have a place in her subconscious. So I’m not so ready to claim either accent as “artificial.”

But she may be a very unusual case.  Are there any other examples of this type of phenomenon?

Ben T. Smith launched his dialect fascination while working in theatre. He has worked as an actor, playwright, director, critic and dialect coach. Other passions include linguistics, urban development, philosophy and film.
View all posts by Ben →
This entry was posted in Miscellaneous Accents and Dialects and tagged dialects vs. accents, General American English (GenAm). Bookmark the permalink.

61 Responses to Can You be Bi-Accented?