Guy Deutscher’s Through the Language Glass 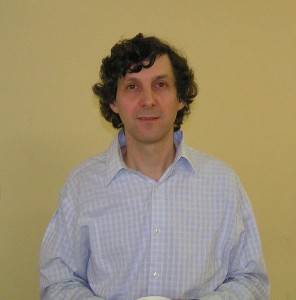 I had a whole post written today about a recent statement made by American actor David Hasselhoff (don’t ask), but it got very muddled, so I decided to scrap it.  In the meantime, I’d like to recommend a book I’m reading, Through the Language Glass, by Israeli linguist Guy Deutscher. The book deals with the impact of culture on language and vice versa.

The first half looks at the way different languages describe color. The important point? Aboriginal cultures have significantly fewer words for colors than modern Indo-European languages do. Many indigenous cultures, for example, have no word for blue.

In the Victorian era, of course, scientists concluded there was a biological deficiency among “primitives” that impacted their ability to identify different hues. It was the Victorian era, after all. It seemed impossible that a language could have fewer words for color than English.  In reality, this discrepancy is merely a product of some cultures valuing color discernment more than others.

I mention this because it has made me consider my own latent prejudices when it comes to accents. Or rather, people’s perception of accents. It seem inconceivable to me that someone could not identify the difference between a Dublin accent and a Belfast one, or understand how a rhotic accent is different from one that’s non-rhotic.*  But such people exist, and it certainly is no reflection of their intelligence. And it may be more a matter of not having the right labels than not being able to “hear” different accents.

Anyway, I may have more to say about this book in relation to accents and dialects when I’m done.   Until then, I recommend picking up a copy.  It’s a good, entertaining read.

*Ed. note:  Just to be clear, I’m implying my own ignorance here, not that of people who aren’t as preoccupied with accents as I am!

Ben T. Smith launched his dialect fascination while working in theatre. He has worked as an actor, playwright, director, critic and dialect coach. Other passions include linguistics, urban development, philosophy and film.
View all posts by Ben →
This entry was posted in Uncategorized. Bookmark the permalink.

5 Responses to Guy Deutscher’s Through the Language Glass