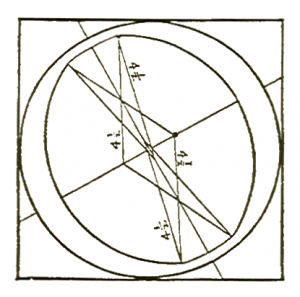 Brits and Americans are perplexed by each other’s short-o‘s.

The short-o, of course, it the curious little vowel sound in words like lot, rod and top. It’s is one of the English Language’s more inconsequential phonemes (you can write entire paragraphs without using a short-o word); yet, paradoxically, it is one of the more noticeable separators between British and American accents.

Well, not exactly. There are many ways of pronouncing short-o in both the UK and North America. In Canada, the Western US and Eastern New England, IPA ɒ (i.e. the British vowel) is fairly common. Likewise, the flat ɑ (or “ah”) vowel can often be heard in the West Country of England.  So there is some overlap.

That being said, I’m often amused by how befuddled Brits are by the “flat” American short-o (i.e. the unrounded vowel).  Did this come from Ireland, they ask?  Or some other foreign influence?

Actually, I’m pretty sure it came from England. Below are three dialect recordings from the classic University of Leeds Survey of English study from the 1950s.  All three feature the unrounded “American” pronunciation of Short-o (i.e. ɑ):

Notably, these recordings are all from the Eastern half of England, with the last one deriving from a small village just outside Reading.  In fact, as per the Handbook of the Varieties of English

, Reading still features the “unrounded” short-o among some speakers. It certainly appears to have been more widespread in England before World War II. This is hardly an “American” vowel at all!

We Americans are a bit confused by British short-o as well.  Since most American accents don’t have any real short vs. long distinctions, we have a hard time finding an American vowel to approximate the standard British short-o.  Hence this now notorious video of an American speech coach trying to teach people the British short-o.

Anybody found a pronunciation of this vowel particularly odd? Or have some short-o tidbit to share? Or simply want to express displeasure at all the uses of the phrase “short-o” in one post?

25 Responses to Short O: Separated by an Uncommon Vowel