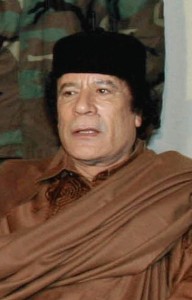 A few news tidbits from the world of accents and dialects:

1.) Another week,another fluffy study about how people perceive dialects. This time, New Zealanders were asked which accents they liked or disliked. The results? Kiwis like Kiwi accents the most, but like Australian accents the least. Coming soon to a linguistics department near you: a new “Confirming Regional Hosilities” course.

2.) Here in America, politicians have a long tradition of adopting a slight Southern Accent to sound a bit more “folksy.” Few, however, have taken this trick to as ridiculous an extreme as Minnesota Governor Tim Pawlenty who has been rightly criticized for his affected drawl. For you international readers, someone from Minnesota “slipping into” a Southern Accent would make about as much sense as someone from East London “slipping into” a Glasgow accent.

3.) There has been a debate brewing, for some inexplicable reason, over a recent translation of the Bible into Jamaican Creole. Because, of course, the Bible was meant to read in the most Elizabethan and archaic English possible.

4.) There are many surreal elements to the dictatorship of Muammar Gaddafi. Few as bizarre, however, than his assertion that he remains popular due to his adoption of African American Vernacular English. There are no words, really.

Ben T. Smith launched his dialect fascination while working in theatre. He has worked as an actor, playwright, director, critic and dialect coach. Other passions include linguistics, urban development, philosophy and film.
View all posts by Ben →
This entry was posted in Uncategorized and tagged American Southern Accents, new zealand accents, News Roundup. Bookmark the permalink.