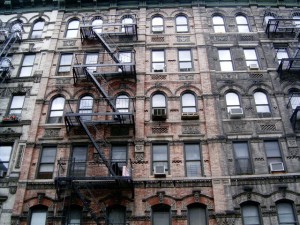 I like to think of myself as good at accents. I say this in all humbleness. Objectively speaking, I’d say my Cockney, Manchester, and Dublin are quite nuanced for an American. I can even do the more obscure accents, like working-class Cardiff or rural Northern California. I am, in short, a hopeless dialect nerd.

Which is why I am sad to say that the one accent I have trouble with is not some obscure regional patois spoken on the Hebrides, nor some inscrutable dialect off the West Coast of Ireland, but rather, an accent spoken less that three hours from where I grew up: New York City.

I have already spoken about the reasons why this accent is less prevalent in television and film.  I’d like to add another, indirect factor:  the New York City accent is incredibly hard to do.

What is it about this accent that has confounded actors for generations? I attribute this to several problems:

2.) The accent has changed tremendously over the years. A film set in New York from even 30 years ago can be a misleading reference. The New York accent has evolved and continues to evolve. You need to be incredibly specific about time period, because each decade of the past century has produced its accent innovations.

3.) New York accents are inconsistent. The most obvious example of this is non-rhoticity. A New Yorker might say “Park the car” while dropping the r in park, but pronouncing the r in car. Actors are trained to be consistent with dialect work, and yet inconsistency is very much a part of contemporary New York English.

But the trickiest part of doing a New York Accent?

4.) The tense-lax split. If you’re an American or Brit, you probably pronounce cap, cab, batch and badge with the same vowel, right? Not so in New York City, where these a words are pronounced in two ways: tensely (meaning the vowel is pronounced slightly higher in the mouth) or laxly (pronounced slightly lower).

What’s the rule for which words are tense and which are lax? It’s so simple, really …

The vowel is tense before nasals, voiceless fricatives and voiced stops, except in open syllables and function words, in which case the vowel is always lax, not including a large number of “exception” words which rules dictate should be lax but are in fact tense, AND words learned later in life, which are always lax.

Confused? Yeah. Me too.

The bottom line is, if you need to learn a New York accent, try to find somebody very knowledgeable to help you. All accents can pose their challenges, but New York City can foil even the most talented of dialect savants.