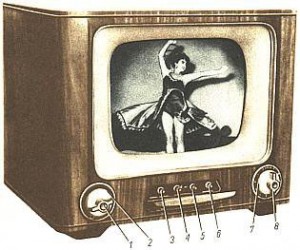 Much as I hate to admit it, I enjoy reality TV. (Although I can’t stomach the less savory Real Housewives offshoots). Many programs have a regional bent (“Divorcees of Des Moines!”), and I find them sociolinguistically fascinating for this reason. It’s not so much that these shows reveal a portrait of how people in certain regions speak, but rather, how people in those regions want to speak.

Take, for instance, Bravo’s recent Princesses: Long Island, a tawdry reality soap about 20-somethings in Nassau County, New York. You might expect exaggerated “cawfee tawk” type accents from the cast, but most of the young women seem to actively avoid stereotypical Long-Islandisms.

This was obvious during a scene in which a young woman bickers with her dad. Her father, with a strong New York accent, pronounces the word ball in classic Brooklyn fashion: bʊəɬ. When his daughter responds, however, she pronounces ball more along the lines of General American English: bɒɬ. A generational divide encapsulated by one word.

These young women seem to disassociate themselves strongly from New York English: Not only do most of them have strongly rhotic accents, but they also have a “hard” retroflex /r/ at the ends of words like car and pork. Nobody says Long Island as if it were “Long Goy Land;” in fact, words like “kite” seem to usually have the (again) more General American aɪ. The tense-lax split between words like “can” (of soup) and “can” (you do me a favor) is infrequent. The open “ay” (æɪ) which makes words like “day” sound like “die” (to other Americans) is often eschewed for the tighter diphthong eɪ.

Obviously, many younger New Yorkers have consciously or unconsciously moved away from the broad accents of lore. But what I wonder here is how much of this modification is a generational thing, and how much of it is due to the cameras. I noticed a telling moment in which one of the “Princesses” is spending time with her family, and we briefly hear her younger (maybe 12-year-old?) brother speak. He noticeably sports a stronger dialect, which suggests there may be some self-conscious modification going on for the benefit of America’s television viewers.

Nobody wants to seem like a stereotype, even when they bring cameras into their personal lives. So how much is affectation for the camera, and how much represents actual generational shifts?