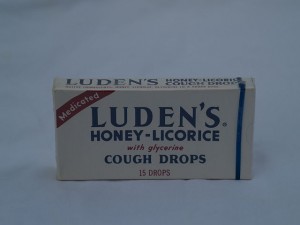 I had tonsillitis last week. Throat maladies tend to endow one with a strange temporary “accent,” and this one was no different; the illness rendered my voice unusually nasal in this case. Such an affliction contrasts with typical head cold symptoms, which sometimes “denasalize” speech (for reasons I’ll get to). Still, when I first noticed that I was talking strangely, I didn’t take much notice. I was sick as a dog, after all.

Over a few days, however, I noticed a pattern. I only nasalized close and mid-close front vowels (those in FLEECE and FACE): ĩ and ẽɪ̃. The words “bean” and “bead” would normally involve slightly different phones in my accent (i vs. ĩ), yet with tonsillitis I employed the same, nasalized sound. This pattern did not seem to hold, however, for open or open-mid vowels like the “o” in “pop;” I could easily distinguish the first vowel in French encore (ɑ̃) from the vowel in (conservative) French pâte (ɑ). (The quirk affected the diphthong in the word “kite” in a particularly funny way, since the first vowel was oral while the latter was nasal: aɪ̃.)

The reason for this? I’m not quite sure. It’s possible my tonsils were inflamed enough to impact the movement of my velum and tongue. Although I’m shaky on the details (I’m not a doctor), I did note during a flashlight inspection that the tissues in the back of my mouth were so swollen they almost seemed fused together. So it’s possible the tongue gesture required for the vowel in “bead” shifted the velum enough to render the vowel nasal. There is, I’m sure, much more to the story, but I unfortunately own no home MRI equipment.

As I mentioned, the nasal affliction differs from your traditional cold or flu, at least in my experience. The classic “sick” accent is in a certain respect less nasal, not more. Because the nasal cavities are typically filled with mucus during such illnesses, they become less resonant, thus making phrases like “my nose” sound like “by dose.” However, tonsillitis is a very different beast, despite afflicting the same region of the body.

But everyone is different. I suspect a different individual suffering from last week’s illness may end up with a very different pattern of voice modulation. So simulating a “sick accent” (which actors and work shirkers alike must do occasionally!) requires very specific choices: Is the nasal cavity obstructed or free? Is there soreness in the larynx that might cause hoarseness? How does inflammation impact the soft palate? Is there any discomfort breathing which might diminish airflow? How sickness alters one’s manner of speaking is not such an easy thing to predict.