Vowel Shifts in English and Dutch 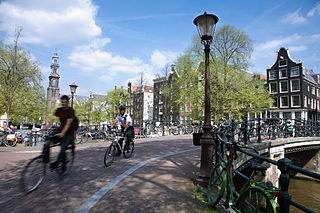 As I recently discussed, English shares its penchant for r-variability with other languages. This got me thinking about another dialect marker common to English and other tongues, namely what might be called the “close diphthongs.”

These are vowels typically found in the words “code” and “face.” In accents such as rural Irish, America’s upper Midwest, marked Canadian English and many Northern English accents, these are often pronounced as monophthongs such as o: and e: (“eh” and “oh”). In General American English, British RP, pan-regional Irish English, and many Canadian accents, these vowels are often pronounced as close diphthongs along the lines of eɪ and oʊ. These diphthongs are even more open in accents like Cockney, Australian English, and American Southern English, but I won’t discuss those here as they indicate a further step in a vowel shift.

English is not the only language with dialects divided by this feature. I can think of a few languages that exhibit the monophthong/close dipththong schism (Quebec vs. European French comes to mind), but one of the more English-like in this respect is Dutch. Some dialects of that language have the diphthongs eɪ and oʊ (or similar diphthongs) where others have the monophthongs e: and o:. This is a rather striking resemblance to the language’s close Germanic cousin across the sea.

While seeking explanations for why the close diphthongs emerge, I stumbled upon a thesis via Google Scholar called On variation and change in diphthongs and long vowels of spoken Dutch by Irene Jacobi. I couldn’t help noticing a very familiar looking visual toward the beginning of the paper (which I’ve shoddily recreated here):

This represents a very common vowel shift in both Dutch and English. Readers here may recognize the similarity to shifts in English dialects wherein which the vowel in “face” gradually moves toward the vowel in “lie.” Jacobi explains the shift succinctly:

The diphthongs /Ei, œy, Ou/ are lowered to /ai, ay, au/. The lowering of these diphthongs in the articulatory-auditory space drags along the long vowels /e:, ø:, o:/, which, by being lowered as well, ﬁll in the empty space previously occupied by the diphthongs

Hence, the close diphthongs in Dutch probably indicate a shift away from monophthongal e:. Again, this is very similar to the trajectory of English vowels in several parts of the world. Although I’ll concede that Dutch and English aren’t quite as distant from one another as, say, Finnish and Zulu!

That being said, we tend to think of vowel shifts as quintessentially English phenomena when they constitute a much more universal process. It may be hard to see them as such because there aren’t many languages with vowel inventories large enough for English-style phonemic jostling. Dutch is one example; what other languages exhibit English-style vowel shifts?

Ben T. Smith launched his dialect fascination while working in theatre. He has worked as an actor, playwright, director, critic and dialect coach. Other passions include linguistics, urban development, philosophy and film.
View all posts by Ben →
This entry was posted in English Phonetics and tagged australian accents, Cockney, phonetics, vowel shifts. Bookmark the permalink.

19 Responses to Vowel Shifts in English and Dutch