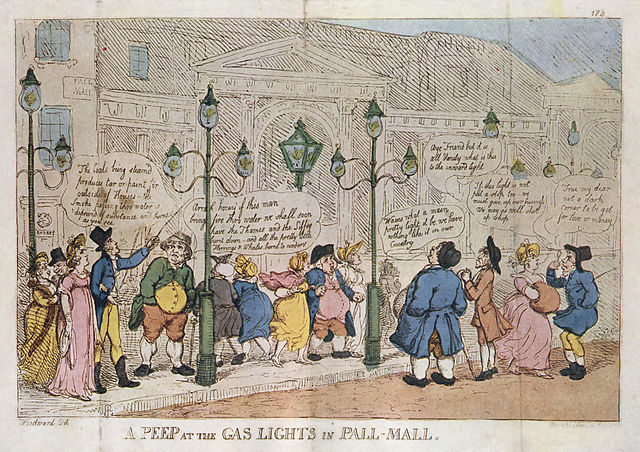 An old saying goes “the Brits may have invented English, but the Irish perfected it.” Or maybe that refers to stout. Either way, there is truth to the sentiment: Ireland (besides providing the language with some of its most colorful dialects) produced Joyce, Shaw, Wilde, Beckett, Behan, O’Casey, Synge, Boucicault, Yeats, and Swift. A tall order for an island slightly smaller than Maine.

But were the Irish responsible for the quintessentially British phenomenon known as Cockney rhyming slang? It’s a notion I’ve seen repeated several places. Here’s the basic jist, from the Linguistics 101 textbook An Introduction to Language:

Another view is that during the building of the London docks at the beginning of the century, the Irish immigrant workers invented rhyming slang to confuse the non-Irish worker.

And here it is again, in lexicographer Jonathan Green’s article on the subject from Critical Quarterly:

Peter Wright, in Cockney Dialect and Slang (1981) … suggests a large input from the Irish navvies, recently imported to England to build railways and canals. According to Franklyn it was the linguistic rivalry between these navvies, and similarly recruited Cockneys, who worked alongside them and like them revelled in language, that created rhyming slang.

Green is aware that, given that rhyming slang is infrequent in Irish dialects, the theory is questionable. The problem with seeking the roots for rhyming slang, in my opinion, is that rhyming is such a universal pleasure that I’m surprised similar slang hasn’t popped up around the globe of its own accord.

Oh wait, it has. Caló, a type of argot in Southwestern US Mexican Spanish also relies on rhymes. They tend to be more of the “See you later, Alligator,” variety, as in the phrase “Al rato, vato.” Yiddish-English also contributed a type of rhyming slang to the American idiom, whereby in order to dismiss something, you follow an operative word with a rhyming nonsense word. For instance, this conversation I once heard between two friends:

Person A: I dunno. He’s really nice, and I don’t want to hurt his feelings.
Person B: Nice schmice. Do you even like the guy?

Which is why, getting back to the Irish question, I don’t find the Cockney rhyming slang’s origins as interesting as what separates it from other such slangs. Specifically, Cockney rhymers entirely replace the word being expressed with the rhyme, or in more extreme cases, replace the word with the first element of a rhyming compound (Hence “I’m going up the apples” meaning “I’m going up the stairs”).

Ben T. Smith launched his dialect fascination while working in theatre. He has worked as an actor, playwright, director, critic and dialect coach. Other passions include linguistics, urban development, philosophy and film.
View all posts by Ben →
This entry was posted in British English and tagged Cockney, rhyming slang, words. Bookmark the permalink.

9 Responses to Is Rhyming Slang Irish?