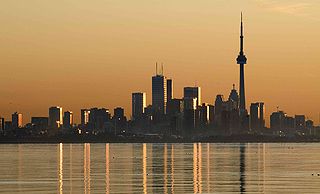 On a train to Canada several months back, I overheard a young man scolding his American companion with the following: ‘Listen. Canada has different accents. Alberta has an accent. Toronto has an accent. We don’t all talk alike.’

I’ve received similar lessons several times since creating this website. So let me make my stance clear: I do, in fact, think there is regional variation in Canadian speech.

When it comes to Canadian English, my go-to source is Canadian linguist Charles Boberg. In 2008, Boberg did an acoustic analysis of Canadian speech, and found that there are indeed differences between regions. Sample findings include:

Boberg’s study doesn’t much delve into isolated dialects like traditional Newfoundland or the Ottawa Valley Twang; such outliers are either outside the spectrum of mainland Canadian English or spoken by a tiny fraction of the population. But as Boberg’s study makes clear, there is reason to believe that mainstream Canadian English is becoming more diverse. So why do ‘all Canadians sound the same?’

In my opinion, this impression results from Anglophone Canada lacking several things: it has no strong urban lect* (like Cockney), no vast areas with radically contrastive pronunciation patterns (like America’s North/South divide), and few ethnolects (like African American Vernacular English or Multicultural British English). Canada lacks the standard markers of dialectical diversity.

But Anglophone Canada is young. Its language differences, in my opinion, haven’t evolved to the point that we can talk about a ‘Toronto accent’ as if it were as sharply defined as ‘Scouse.’ But that will no change with time, and the evolution will be exciting to watch.

Ben T. Smith launched his dialect fascination while working in theatre. He has worked as an actor, playwright, director, critic and dialect coach. Other passions include linguistics, urban development, philosophy and film.
View all posts by Ben →
This entry was posted in American English and tagged Canadian Accents, canadian raising, Newfoundland Accent. Bookmark the permalink.