The Englishness of H-Dropping 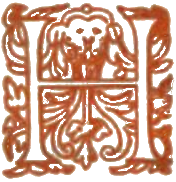 Longtime readers may notice that I rarely discuss h-dropping. Novices might remember this accent feature from some unfortunate community theatre production of ‘My Fair Lady‘ in which the actress playing Eliza Doolittle bleats ”enry ‘iggins!’ Systematic h-droppers drop the letter ‘h’ at the beginning of words and syllables.

The feature is often mentioned as a divider between middle-class and working-class speech in the UK. It is notoriously common among speakers of Cockney, but appears all over the country, extending to Northern English cities such as Manchester. And it is perhaps the fact that h-dropping occurs in so many parts of England that I give it less thought. In some ways, it’s not dissimilar from the tendency for American urban accents to render ‘them’ and ‘those’ as ‘dem’ and ‘dose:’ Because such pronunciation are found in so many regions, one is hesitant to say they intrinsically belong to any.

For example, someone from Manchester might pronounce the sentence ‘Harry’s right here‘ with both /h/’s dropped:

In my mind, our hypothetical h-dropper doesn’t exhibit ‘more’ of a Manchester accent than the guy who keeps his /h/’s.  The first might be described as more ‘marked,’ or more ‘working class’ (maybe), but I don’t see h-dropping as being intrinsic to the Manchester-ness of one’s speech.

What I find peculiar, though, is that this feature, so common in England, is almost unheard of in the United States. That’s not to say it may not appear occasionally in rapid speech, (for example in the phrase ‘I’m not here’), but I’ve never heard an American drop an /h/ in prominent positions such as that in ‘Harry! How are you?’

Heck, forget about America for a second. Why is /h/ dropping seemingly confined to England? A map of the British Isles put together by Icelandic linguist Pétur Knútsson shows that h-dropping doesn’t (apparently) occur in Ireland, Scotland or a large chunk of North Wales*.

Beyond England, h-dropping accents tend to be found in newer colonies, such as Australia and New Zealand. This suggests that perhaps h-dropping is a ‘younger’ feature, and hence why the ‘older’ dialects of America, Scotland and Ireland missed the boat.  But then, why is h-dropping common in Caribbean English, which is in many ways closer to Irish and Scottish English in terms of its conservatism?

H-dropping seems like such a natural process, much like fronting the nasal in ‘going’ or tapping the /t/ in ‘bit of.’ So why does it seem that such a large concentration of h-droppers are in England?

*Knútsson’s map may be based on a work that appears in another text, but if so, he doesn’t state which. Also, while his map confirms my general impressions, I can’t confirm its validity 100%.

Ben T. Smith launched his dialect fascination while working in theatre. He has worked as an actor, playwright, director, critic and dialect coach. Other passions include linguistics, urban development, philosophy and film.
View all posts by Ben →
This entry was posted in British English and tagged class and accent, Cockney, Northern English accents, phonetics. Bookmark the permalink.

37 Responses to The Englishness of H-Dropping