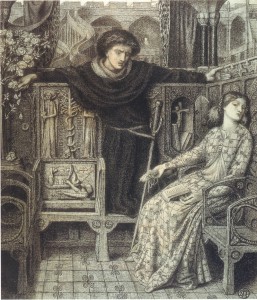 Within the past few decades, a difference has arisen between British and American English concerning ‘the C word.’ I won’t repeat the word here, as it’s arguably the most offensive in English, but most will know what I’m talking about (it rhymes with ‘hunt’ and refers to female anatomy).

The C-word is still extremely shocking in American English. While other profanity has lost its power to offend in all but the most formal contexts, this one word remains taboo even in offhanded conversations.

This supremely offensive status is arguably a recent trend. After all, of the major English profanities, the C-word is the only to be uttered (almost) explicitly in Shakespeare, as per this pun in Hamlet:

HAMLET Lady, shall I lie in your lap?

OPHELIA No, my lord.

HAMLET I mean, my head upon your lap?

HAMLET Do you think I meant country matters?

Get it? Even in the 20th-Century, the word only seems to have adopted its disproportionate infamy more recently. D.H. Lawrence, Samuel Beckett and Tennessee Williams all used the term in their literature, and while none are particularly uncontroversial writers, their use of the C-word didn’t seem to garner them an abnormal share of outrage.

Getting back to the point though. Within the past half-century, the C-word appears to have increased somewhat in the UK. And unlike the US, where the word is typically reserved for the female gender, the British C-word often refers to men. Where did this convention begin?

I recall an interviewee in the Sex Pistols documentary ‘The Filth and the Fury‘ suggesting that the British punk scene gave rise to this particular usage. And yet it’s fairly clear that using the term as a derogatory word for a man predates the era of mohawks and fashionable safety pins. After doing a Google Books Search (which took me on a whirlwind tour of the 20th-Century’s most horrible erotica), the earliest British use of this type I could find was in the 1967 novel Poor Cow.  So this unique insult seems to date back a bit further, its origin still mysterious.

And it’s curious as to how this emasculated use became popular in the UK, but much less so here in the States. Any ideas?

41 Responses to The C-Word