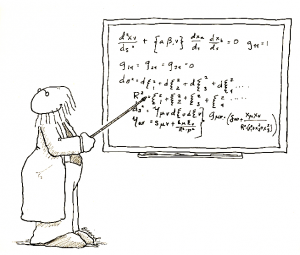 One afternoon some years ago, an overheard conversation on the subway piqued my interest. A few train stops before my apartment, a pair of young men got on the car and sat across from me.  After exchanging a few friendly greetings with each other, they jumped into the following interchange:

–You read the latest issue?
–Nah, son, I’m only half-way through.
–You get to the Hitchens yet?

They then proceeded to have an erudite discussion of a Christopher Hitchens piece in Vanity Fair. This wouldn’t be notable except that the men conducted their conversation in the dialect known as African-American Vernacular English.  Loath as I am to admit it, it was startling to hear such a topic being discussed in a non-standard dialect of English.

The anecdote reminds me of linguist Peter Trudgill’s Standard English: What it isn’t*. Trudgill here distinguishes strongly between a dialect and a register.  The former is a variety of English, like Scottish, Irish, or New England, while the latter (‘register’) is something like a ‘lingo,’ or a set of terms that relate to a profession, vocation or intellectual pursuit.

We falsely assume that intellectual registers equate to ‘standard English.’  In fact, they do not.  In the above conversation, the two men are using what might be termed an ‘academic register,’ while speaking in a non-standard dialect (African-American Vernacular English).  The two are not mutually exclusive.

As Trudgill points out, the situation I’ve described above is quite normal in many other non-English-speaking countries:

In German-speaking Switzerland, for example, most speakers use their local nonstandard dialect in nearly all social situations and for nearly all purposes. Thus it is that one may hear, in the corridors of the University of Berne, two philosophy professors discussing the works of Kant using all the appropriate philosophical vocabulary while using the phonology and grammar of their local dialect.

As a hypothetical English example, Trudgill uses the Cockney-tinged phrase:

This sounds strange, doesn’t it? But maybe it shouldn’t. Trudgill’s sentence illustrates how a non-standard dialect of English could easily be used to discuss the technical subject of geography. Just because a dialect is non-standard does not mean one can’t use it to debate the most complex of intellectual abstractions.

What’s sad, of course, is that such mixtures of non-standard dialects and ‘intellectual’ language seem uniquely uncommon for our language.  Obviously, much of this can be attributed to the correlation between dialect and class.  It’s no secret that education and ‘standard English’ tend to go hand in hand, at least in America.  But as Trudgill’s Swiss example illustrates, this need not be the case.

Why do we exclusively associate elevated discourse with the dialect we know as ‘Standard English?’

Ben T. Smith launched his dialect fascination while working in theatre. He has worked as an actor, playwright, director, critic and dialect coach. Other passions include linguistics, urban development, philosophy and film.
View all posts by Ben →
This entry was posted in American English and tagged African American Vernacular English (AAVE), class and accent, stigmatized accents. Bookmark the permalink.

19 Responses to Dialects and Registers