On the Hunt for the New Orleans Yat 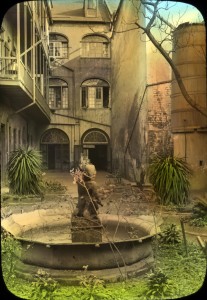 Some English dialects are so uncommon that they adopt the mythology of the Loch Ness Monster. One such dialect, unique the city of New Orleans, is locally referred to as Yat. It is renowned not because of how strange it sounds, but rather its familiarity: the accent bears more than a passing resemblance to New York City English.

This is no mere laymen’s observation. Owing perhaps to New Orleans’ history of immigration, the Yat accent shares with New York something called the tense-lax split. This means that the ‘short-a‘ is pronounced two ways: in certain words (like pat and cap) it is pronounced as in most other American accents. In other words (like pass and bad), it is pronounced more ‘tensely:’ this usually means the accent realizes this as a vowel closer to the ‘e‘ in ‘dress.’

But outside of this one feature, I’ve long been confused about what separates a ‘Yat’ accent from a non-‘Yat’ accent. My own impression is that New Orleans mayor Mitch Landrieu has some Yat features:

My problem with someone like Landrieu, however, is that it’s hard to separate ‘New Yorkey’ features from features of other American Southern Accents: both New York and many Southern drawls are non-rhotic, for example (the ‘r’ is dropped at the end of word like ‘car‘ and ‘butter‘).

This is complicated by the fact that the most notable feature of American Southern English, the monophthongization of the vowel in words like ‘time’ and ‘five’ (so they become ‘tahm‘ or ‘fahv‘) is still present in New Orleans accents. Regardless of how otherwise ‘New York’ this accent may be, it can still be classified as Southern.

Another example might be the late Saints’ announcer Buddy Diliberto:

It’s difficult to unpackage the features of Diliberto’s speech. He seems to have the tense-lax split, which would probably put him in the ‘Yat’ camp. But other features aren’t as cut and dried.

For example, Diliberto exhibits a more conservative pronunciation of the vowels in ‘goat’ and ‘goose’ than one might find in other Southern accents (these vowels are pronounced more back than they would in, say, Tennessee). Is this an indication of some kind of northern or New York influence? I would say no, as many other Louisiana accents also feature more conservative vowels of this type.

Then there’s the fact that, like New Yorkers, older Yats reportedly pronounce words like ‘nurse’ and ‘verse’ with a vowel that sounds to outsiders like ‘noys‘ and ‘voyse‘ (IPA əɪ). This would again seem to be a remarkable example of New York kinship … were it not for the fact that this pronunciation is common in many older Southern accents as well.

Although ‘Yats’ don’t figure prominently in mainstream popular culture, there are at least two famous Yat characters in literature. Ignatius J. Reilly, of John Kennedy Toole‘s A Confederacy of Dunces was famously a Yat, as is (presumably) Stanley Kowalski, the working-class husband of Tennessee Williams’ A Streetcar Named Desire. The accent and culture clearly has place in the Southern imagination.

But my question remains: what separates a ‘Yat’ accent from other Louisiana accents? Is it a general impression of ‘New Yorkiness?’ Or is there something more specific that makes ‘Yat’ unique?

Ben T. Smith launched his dialect fascination while working in theatre. He has worked as an actor, playwright, director, critic and dialect coach. Other passions include linguistics, urban development, philosophy and film.
View all posts by Ben →
This entry was posted in American English and tagged American Southern Accents, New York Accent, unusual accents and dialects. Bookmark the permalink.

15 Responses to On the Hunt for the New Orleans Yat