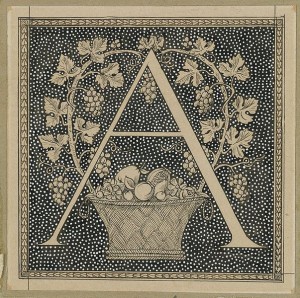 Sometimes the most common words have the most illogical pronunciations. Such is the case with the American pronunciation of ‘father.’ It seems so self-evident this word is pronounced with a broad a (i.e. an ‘ah’ sound) that this fact barely seems worth examination. Yet on closer inspection, there is something quite mysterious about American ‘father.’

In many British accents, the broad a in ‘father’ makes sense: it might be thought of as part of the BATH set. That is to say, it’s part of that curious category of British broad-a words that also includes ‘bath,’ ‘can’t,’ ‘pass’ and hundreds of others. This set isn’t entirely logical in and of itself, but it at least makes sense that ‘father’ is a part of it.

But Americans (well, most Americans) have no BATH set. As commonplace as the ‘ah’ in ‘father’ might seem to be, it’s really rather strange that we say it this way in the US. Shouldn’t it logically be pronounced with the short-a in ‘cat?’

John C. Wells comments on this mystery in his Accents of English:

This lengthening is essentially the same as that in the BATH words, and it has not been satisfactorily explained how GenAm [i.e. General American English]comes to have /ɑ/ in father, palm etc, but not in calf, halve, and the other bath words.

Now, in terms of words like ‘calm’ and ‘palm,’ I might blame the letter ‘l‘ (even if it’s silent). I can’t say for sure, but there at least seems to be a type of rule where /a/ followed by/l/ results in a broad ‘ah’ sound in American English. (The ‘l’ in words like this is not silent for many Americans, including myself). But ‘father’ is truly perplexing.

The reason why ‘father’ has an ‘ah’ sound isn’t a mystery in and of itself. Several hundred years ago, English /a/ began a process of being lengthened and ‘broadened’ before fricatives (i.e. /s/, /f/, /th/, etc.) This was an inconsistent process: it impacted English around London the most; many Southern English dialects to some degree; Northern and Midlands English dialects only minimally (i.e. in ‘half’); and American dialects, which split from British English earlier in the process, very little.

The mystery deepens even further when one considers the word ‘rather.’ Some Americans (like myself) pronounce this word with a short-a (i.e. the vowel in ‘cat.’) Others pronounce it with a broad-a, so that it rhymes with ‘father.’ And for the life of me, I can’t figure out why. Is this a feature of certain regional dialects?

So why are ‘father’ and ‘rather’ exceptional? And while we’re at it, why does this not extend to ‘lather’ and ‘gather?’

Ben T. Smith launched his dialect fascination while working in theatre. He has worked as an actor, playwright, director, critic and dialect coach. Other passions include linguistics, urban development, philosophy and film.
View all posts by Ben →
This entry was posted in American English and tagged General American English (GenAm). Bookmark the permalink.