R-lessness in the American South: RIP? 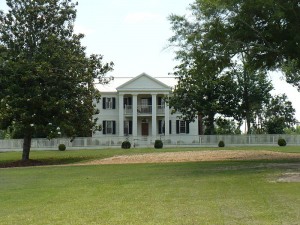 Whatever happened to non-rhotic Southern accents?

For those of you joining us from the everyday world (one where “non-rhotic” isn’t a household word) a non-rhotic accent is one where the “r” is dropped at the end of words or syllables. So, compare General American car—“cahrrr“–with the more common British pronunciation, which would sound to an American a bit like “cah“. The former pronunciation is rhotic, the latter non-rhotic.

Non-rhoticity used to be a widespread feature of English in the American South.  In fact, as per linguist Erik R. Thomas in A Handbook of the Varieties of English, non-rhotic accents once covered a vast territory south of the Mason-Dixon line, stretching to parts of the country we would hardly think of as non-rhotic today, such as Texas, Arkansas, and Kentucky!

Anybody who’s research Southern accents knows that non-rhoticity has met a rather grim fate. By the mid-20th-Century (at the latest), this feature was confined to the Atlantic South (North Carolina, Coastal Virginia, etc.) and the deep south (Georgia, Alabama, Louisiana). Over the next few decades it would recede rapidly in those areas as well: looking at Rick Aschmann’s dialect map (which also includes data from William Labov), contemporary non-rhoticity is confined to a modest band of territory in the Gulf states and a few small patches on the Atlantic coast.  Even in many of those areas, I’m betting non-rhoticity is mostly prevalent in older speakers.

To illustrate just how much this feature receded in a few decades, I’ve included clips of three people from a specific region (Southwest Georgia) of different generations.

First listen to this clip of former president Jimmy Carter, born in 1924. His speech is obviously quite non-rhotic (despite some rhotic pronunciations).

Next, listen to the speech of Food Network personality Paula Deen, who grew up 35 miles down the road from Carter, and was born in 1947. Deen has some non-rhotic pronunciations sprinkled throughout her speech, but unlike Carter, she’s rhotic the large majority of the time. She seems to be in a kind of “semi-rhotic” transitional state.

Then, for good measure, listen to Deen’s son, Bobby, born in 1970, who grew up in the same town she did. The younger Deen has one or two moments where his rhoticity sounds a bit “weaker,” but he’s clearly almost 100% “r-ful.”

So what happened to r-lessness?

Well, I have purposefully neglected an important factor in this discussion: African Americans. While rhoticity has spread like wildfire among white Southerners, the English of Black Southerners appears to have remained fairly non-rhotic. There is a clear divide between the two ethnolects in this regard.

One of the more common (and probably controversial) theories regarding why white Southerners have become increasingly rhotic is that there was a semi-conscious attempt to disassociate from African American Vernacular English.  I have not done enough research to state whether I agree with this point or not. But the way Thomas (once again) describes it is intriguing:

Another event that may have influenced Southern dialectical patterns, particularly desegregation, which was accompanied by turmoil in the South from the 1950s through the 1970s. The civil rights struggle seems to have caused both African Americans and southern Whites to stigmatize linguistic variables associated with the other group.

He then goes on to suggest this as a possible explanation for increased rhoticity. This notion evokes a lot of painful history, though, so I’m a hesitant about being on board with it without seeing some very clear evidence (if you know of any, let me know!).

If there are any Southerners out there, I’d love to hear what they have to say about this. I find that abstract theories about this region tend to differ a lot from “the facts on the ground.” Just how rhotic (or non-rhotic) is the American South today? And why has non-rhoticity receded?

Ben T. Smith launched his dialect fascination while working in theatre. He has worked as an actor, playwright, director, critic and dialect coach. Other passions include linguistics, urban development, philosophy and film.
View all posts by Ben →
This entry was posted in American English and tagged African American Vernacular English (AAVE), American Southern Accents, Rhotic vs. Non-Rhotic. Bookmark the permalink.

50 Responses to R-lessness in the American South: RIP?