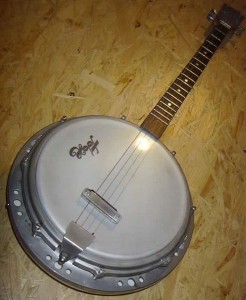 I would like to discuss a pair of very unscientific words that describe accents or dialects of English: twang and drawl.

Both words are associated with the accents of the American South; one often hears of the “Texas twang” or the “Mississippi drawl.” But what exactly do these words mean? And is there a difference between the two?

Let’s take a look at their strict definitions, from Merriam Webster:

The above definition of drawl makes sense to me. The one for twang, however, I find peculiar. There are many accents referred to as nasal–Liverpool, Michigan, Long Island–that are rarely referred to as “twangs.” There’s no doubt the fine folks at Merriam-Webster have researched this point, but I find this definition of “twang” too broad.

Perhaps, then, it’s better to look at how people actually use these words to deduce their specific meanings. I hear “twang” and “drawl” used in three different contexts:

1.) They refer to separate regions of the American South. I usually hear “Drawl” used in relation to the Coastal/Deep South, and hence the (often non-rhotic) accents of states like Louisiana, Alabama and South Carolina; “twang,” on the other hand, often references the Mountain or Inland South.

2.) These words describe any accent that is a bit “slower.” For example, I’ve heard people mention the “Australian drawl,” which is probably because the vowels in Aussie English are longer than those in British English.

3.) “Twang,” more generally, can distinguish an American accent from other accents. As an American, I only think of Southerners having a “twang,” but I’ve heard people from other countries use it to mean “American accent.” For example, I was working on a play a few years back with two Irish actors, one of whom said to the other, “I’m surprised you’ve lived in the States so long. You don’t have the twang at all.”

I’ve personally used these two words in an entirely different way, however. This is entirely my own subjective association, but when I think about the “twang” and the “drawl,” I think of two different accent features.

“Drawl”, for me, has the same definition that Merriam-Webster identifies above: an accent where the vowels are “drawn out.” Hence it makes sense to me why American Southerners and Australians are said to have drawls.

But “Twang”, to me, suggests an accent that specifically features something called vowel breaking. This term refers to the tendency (usually among American Southern accents) to turn a monophthong (a single sound) into a diphthong or tripthong (i.e. multiple vowel sounds). For example  somebody from Texas might pronounce trap as something like “tray-up” (i.e. IPA tɹæjəp).

I like “twang” in this context because the word also refers to the plucking motion used when playing a banjo or similar instruments. Likewise, vowel breaking sounds a bit like a vowel is being “bent” or “pulled” in some way. Very unscientific, I know, but a fun way of visualizing it.

Of course, none of this is the kind of thing linguists write about. You probably won’t find any academic papers about the fine distinctions between the “Tennessee Twang” and the “North Carolina drawl.” Still, as these words are often used when discussing accents and dialects, they’re worth looking at, even if there’s no way of finding a concrete meaning.

How do you use “twang” and “drawl?” Am I missing any nuances in these two words?

22 Responses to Twangs vs. Drawls