“Dude:” Thoughts on an American Word 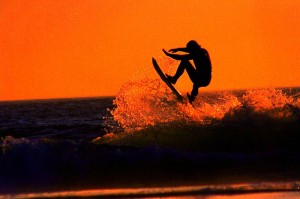 I am skeptical about claims that American English is “colonizing” the other Englishes. But I will concede one point: the word dude is entirely our doing.

Dude, in America, is a word that lies somewhere between British mate and bloke. Like mate, it can be used in a vaguely affectionate second-person: “Don’t worry about it, dude.” And as in bloke, it can be used in descriptive third-person sentences: “That dude is stressed out.”

In America, when we think of dude we tend to associate it with the dialects of California. In particular, the word seems ubiquitous in several sub-cultures: the California drug culture (“Far out, dude.”), the California surfer culture (“That was a gnarly wave, dude!”), and the crunchy/environmentalist set (“The earth is a living thing, dude.”).  All stereotypes, but with a certain amount of truth to them.

Nowadays, of course, dude is heard throughout America. And I’ve heard enough younger Brits, Canadians and Australians use it that I’m guessing it is starting to plant itself elsewhere.

Like a lot of words in American English dialects, though, dude apparently derives from African American Vernacular English (AAVE), the dialect spoken by African Americans throughout the United States. As per the wonderful Online Etymology Dictionary:

dude: 1883, “fastidious man,” New York City slang of unknown origin. The vogue word of 1883, originally used in reference to the devotees of the “aesthetic” craze, later applied to city slickers, especially Easterners vacationing in the West (dude ranch first recorded 1921). Application to any male is recorded by 1966, U.S., originally in Black English.

It seems, then, that dude entered the lexicon of Black English sometime in the early-to-mid 20th Century, where it morphed into a general term for “man.” Then, like many African American terms, it slowly filtered into the broader spectrum of American English dialects.

Here is what’s interesting, though. Dude is currently used in both African American Vernacular English and “white” dialects like General American. But it’s used somewhat differently in these two contexts.

Among AAVE speakers, I have noticed that “dude” is used far more commonly in the third person. For example, an AAVE speaker might say:

“What’s wrong with that dude?”

“What’s wrong with you, dude?”

… doesn’t sound right in AAVE. In California or other kinds of Englishes, on the other hand, this question would sound perfectly normal.  This is my own perception, of course, but I’ve noticed that African Americans (who speak AAVE) rarely refer to the people they are directly speaking to as “dude.”

Of course, AAVE has long been known to “disassociate” itself from certain words when they enter “white” English. Terms like hip, jive, and cat (referring to “man”) are all African Americanisms that were completely rejected by the AAVE-speaking community after they found popularity in other American Englishes.  So it appears that the “affectionate” usage of dude may have gone the same route.

Opening this discussion up to the floor, I’m curious if anybody can give me more info about the spread of dude to international dialects. When a Brit or Australian or Irishmen uses dude while talking to an American, is that because the word has actually spread to those countries? Or are these people just trying to “fit in?”

Ben T. Smith launched his dialect fascination while working in theatre. He has worked as an actor, playwright, director, critic and dialect coach. Other passions include linguistics, urban development, philosophy and film.
View all posts by Ben →
This entry was posted in American English and tagged African American Vernacular English (AAVE), General American English (GenAm). Bookmark the permalink.

32 Responses to “Dude:” Thoughts on an American Word