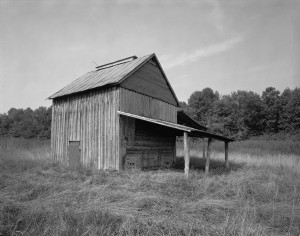 Rebecca Skloot’s The Immortal Life of Henrietta Lacks details the real life of a poor woman from rural Virginia whose cancer cells became an important tool for medical innovation. The titular woman hailed from a tiny, impoverished Southern town, which prompts the author to explain the colorful name of Lacks’ father, Day:

[His] name was David Lacks, but everyone called him Day, because in the Lacks country drawl, house sounds like “hyse,” and David sounds like “Day.”

The Lacks were a poor African-American family from a remote corner of southern Virginia. Although I’m not certain, I believe “hyse” references the Canadian-raising-type pronunciation of that word common in older “Tidewater” accents. “Day” most likely arose due to the tendency in African-American English (probably shared by several other Southern drawls) to drop voiced fricatives (i.e. /v/ and /ð/) in between vowels. (This was also common in Shakespeare’s time, hence all the “o’ers” and “e’ens.”)

Spelling “corruptions” that become proper names don’t seem uncommon in the American South. I recall obituaries of the late actor Ossie Davis (a Georgia native) mentioning that his original name was “R.C.” The origin of “Ossie” is explained in the New York Times writeup:

He became Ossie when his mother told the courthouse clerk in Clinch River, Ga., who was filing his birth certificate that his name was “R. C. Davis.” The clerk thought she had said, “Ossie Davis,” and she was not about to argue with a white person.

In other words, his name became “Ossie” due to a miscommunication thanks to his mother’s drawl (which presumably would have rendered the name something like ɒ:si, or “aw-see”). It’s notable that, as was the case with David Lacks, the change was accepted as the name’s natural evolution.

The actress Ginnifer Goodwin, who hails from Memphis, also allegedly received her unique moniker from a feature of her (now softened) Tennessee twang. Because the vowels in “Jenn” and “Gin” are undistinguished in many Southern accents, her name is spelled with an “i” rather than an “e.”

I’ve found few such situations outside of the South, alas; we might otherwise expect to find New Yorkers named “Motha,” from “Martha”. As is the case with the rural Virginian described above, many people in Northern Ireland drop /ð/ (th) in between vowels, yet I’ve met no one from Belfast named, say, “Hare” (from “Heather”). Of course, two of the examples I use above hark to a time when parts of rural America had third-world characteristics, so education and literacy may inform such peculiar spellings.

Can anyone think of other names the spelling of which have been “corrupted” by regional accents?

Ben T. Smith launched his dialect fascination while working in theatre. He has worked as an actor, playwright, director, critic and dialect coach. Other passions include linguistics, urban development, philosophy and film.
View all posts by Ben →
This entry was posted in Uncategorized and tagged African American Vernacular English (AAVE), American Southern Accents, pin-pen merger. Bookmark the permalink.