Why D.A.R.E. Is Important 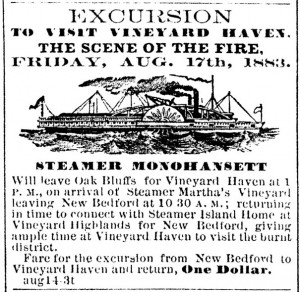 In the 1960s, an enterprising young linguist named William Labov travelled to Martha’s Vineyard to study a curious feature of the island’s local vernacular. Vineyard natives tended to centralize the diphthongs in words like “house” and “kite” (həʊs and kəɪt), a pattern otherwise confined to Southern Atlantic Coast and Canada (hence the apochryphal Canadian pronunciation of “about” as “aboot”).

Labov found fascinating correlations between “Vineyard Raising” and how positively or negatively particular residents felt about their island. To briefly summarize Labov’s complex data, Vineyarders who loved the Vineyard centralized the vowel in “house” frequently, while Vineyarders who disliked the island did this infrequently. In other words, how you feel about your region has a huge impact on how closely you linguistically “associate” with said region.

Labov’s Martha’s Vineyard study also posed a serious challenge to the centuries-old Neogrammarian Hypothesis (the notion that all phonological change is regular), and helped establish the nascent field of sociolinguistics. What might seem like a quirky chapter in the history of dialectology has had tremendous consequences for the fields of linguistics, sociology and education.

So why do I bring this up? Because this study, on its face, appears so inconsequential. A linguist studying two vowels on a small island off Massachusetts? It sounds like a parody of the entire profession. And yet this seemingly trivial project ended up being one of the most important studies in the history of linguistics, and (in my opinion) 20th-Century American thought.

Apropos of this, I am incredibly saddened by the recent announcement that DARE (the Dictionary of American Regional English) has lost much of its funding. I feel I can say quite confidently that DARE is one of the greatest works of lexicography in the history of American letters, and that it is nothing short of a tragedy to see it fall on hard times.

I bring up Labov’s early work because it is likewise easy for outsiders to dismiss DARE’s decades-long project as a lark (does it really matter where people use “pop” for “soda?”) But seemingly superficial works of dialectology and lexicography can have profound consequences. Labov’s work itself relied on data provided by a work much along the lines of DARE–the Linguistic Atlas of New England. What may seem, therefore, to be eccentric pieces of scholarship can have serious consequences for how we think about language.

Enthusiastic non-linguists like myself can sometimes create the impression that sociolinguistics is akin to bird-watching; a kind of hobby or “collection.” But DARE and works like it, despite outward appearances, can tell us invaluable things about human nature, history and the mind. When linguists study dialects, they’re doing much more than describing how a particular group talks: they’re giving us vital information about how language changes, why it changes, and what it says about our larger society.

I sincerely hope such projects don’t lose out in the future.

3 Responses to Why D.A.R.E. Is Important