The Goose Room and the Foot Room 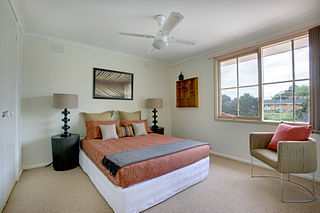 Some differences in pronunciation cross traditional dialect boundaries. One such curio is the word ‘room,’ which has two common variants: one with the vowel in ‘goose,’ and the other with the ‘lax’ vowel in ‘foot.’

I use the vowel in ‘goose’ myself, but I’ve heard many New Englanders opt for the vowel in ‘foot.’ Connoisseurs of British Received Pronunciation might note a similar pronunciation in older varieties of RP. Another example of New England’s linguistic connection to old England? Not quite. In the Harvard Dialect Survey from some years back, participants claimed to pronounce ‘room’ with the ‘foot’ vowel in Chicago, Los Angeles, San Francisco, and many other American cities.

The HDS survey also inquires about other ‘roo-‘ words: ‘root,’ ‘roof,’ and ‘broom.’ Many respondents claimed to pronounce these with the ‘foot’ vowel as well. It seems safe to say that, once upon a time, ‘roo-‘ words belonged to the same class as ‘foot,’ ‘would,’ ‘could,’ and ‘book.’ Why ‘roo’ words switched vowels where those other words didn’t is something I can’t answer.

Similar questions have been posed on the other side of the Atlantic. A few years back, John Wells noted on his blog that British ‘room’ had been shifting from the ‘foot’ vowel to the ‘room’ vowel for some time:

In the 1956 edition of EPD (and perhaps earlier — I haven’t checked), Daniel Jones, while still prioritizing the FOOT vowel on this word, commented, “Note.—The use of the variant ruːm appears to be much on the increase.” This suggests that previously it had been unusual. I conclude that in the 1920s rʊm would have been the more usual pronunciation in RP.

(Earlier in the post, Wells notes that the rate seems to be 81% of Britons favoring the ‘goose’ vowel as of 1988).

Are there any conclusions we can make about how these two pronunciations might align with particular dialects? As Wells suggests, the ‘foot’ pronunciation of ‘room’ seems older, so one would expect it to correlate with age. As for American English, I have noticed the ‘foot’ pronunciation more frequently in working-class speakers (the two memories that spring to mind most readily are those of a strongly accent Boston priest and Chicago police officer.)

Beyond these tentative connections, however, this seems to be one of those wonderful exceptions in which pronunciation transcends region.

Apropos of the above citation: John C. Wells, a brilliant phonetician and one of linguistics’ most insightful bloggers, is currently recovering from a minor stroke. I wish him the speediest of recoveries.

Ben T. Smith launched his dialect fascination while working in theatre. He has worked as an actor, playwright, director, critic and dialect coach. Other passions include linguistics, urban development, philosophy and film.
View all posts by Ben →
This entry was posted in English Phonetics and tagged General American English (GenAm), Received Pronunciation (RP), words. Bookmark the permalink.

18 Responses to The Goose Room and the Foot Room