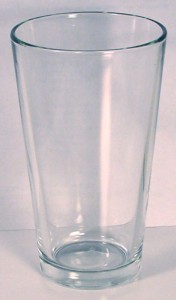 Speech changes during intoxication. We slur, we stammer, we curse.  Our normal, everyday speech patterns differ markedly from our drunken idiolects (the word’s similarity to ‘idiot’ never seemed as apt as it does in this context.)

You may wonder, then, if anyone has studied ‘drunken’ accents and/or dialects in much the same way they study more, uh, ‘orthodox’ linguistic classifications. And indeed, there is a 2001 study entitled Effects of ethanol intoxication on speech suprasegmentals by Harry Hollien and colleagues*.

Hollien, et al., administered controlled amounts of alcohol to a group of young adults, and quantified the aspects of their speech that changed the drunker they got. One of the more prominent things found to shift during intoxication is the ‘fundamental frequency’ of one’s speech; roughly speaking, that suggests that the pitch of your voice gets higher the more you drink. (Perhaps the origin the semi-apochryphal notion that ‘The Star Spangled Banner’ began as a drinking song; those high notes are hard to hit).

The researchers also found a decrease in the subjects’ speaking rate as they become more intoxicated. There seems a specific point at which this slowing of speech occurs: men slow down the most at a blood alchohol level between 0.04 and 0.08; for women, this occurs between 0.08 and 0.12.

Finally, the researchers found that the most striking impact of alchohol on speech was an increase in ‘nonfluencies.’ That is, people stammer, stutter, and trip on their words a whole heck of a lot more when they’ve had a few too many. Just how much does this intensify? The researchers found that in the severely intoxicated, the rate of these ‘speech errors’ nearly triples.

You may note something unintentionally funny about these findings. After all, that drunk people speak at a higher pitch, more slowly, and more haltingly is not a set of observations you need to be a trained acoustician to notice. (I also giggle when I imagine a group of serious scholars carefully monitoring the behavior of a group of drunk twenty-somethings). Still, it’s fascinating to see these observations quantified.

Something that isn’t mentioned in the study is what I find to be the most salient feature of ‘drunken speech:’ hypercorrection. Drunk people, aware of their intoxicated state, often overcompensate by overenunciating evvvveerrry ccconnnsonnantttt and vowel. Perhaps this relates to the higher rate of stuttering and stammering: when you put such pressure on yourself to pronounce everything perfectly, you’re bound to trip up!

Ben T. Smith launched his dialect fascination while working in theatre. He has worked as an actor, playwright, director, critic and dialect coach. Other passions include linguistics, urban development, philosophy and film.
View all posts by Ben →
This entry was posted in Miscellaneous Accents and Dialects and tagged speech pathology. Bookmark the permalink.