Multicultural London English is not “Jafaican” 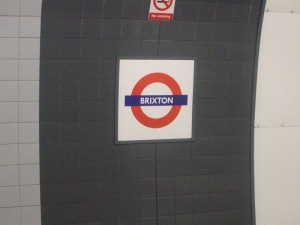 The Telegraph’s Ed West recently published an editorial titled Jafaican may be cool but it sounds ridiculous, that I find appalling.  I respect West for having politics different from my own, but that’s no excuse for slandering a legitimate dialect of English in such a shoddy, clueless manner.

Jafaican is slang for Multicultural London English, a dialect spoken in the inner city of London which has a fair amount of Carribean influence thanks to the city’s West Indian population.  The accompanying accent is marked by vowels that are more “conservative” than those in Cockney or other types of London English.*  This makes “Jafaican” speakers coincidentally sound more like Northern English accents to my American ears, although I admit this is totally impressionistic.

Let’s get right to the meat of West’s piece, though, with this paragraph:

And I don’t think an aversion to Jafaican (fake Jamaican), which according to the Sunday Times (£, obviously) will have completely replaced Cockney by 2030, is racial. The West Indian accent from which it came is fairly pleasant, nice enough for various drink makers to use it to flog us their products. However, its by-product is rather unpleasant, sinister, idiotic and absurd.

Anybody who appears to only associate Carribean English with cheerful Jamaican bartenders doesn’t strike me as the best source of sociolinguistic commentary.  But that doesn’t stop West, who summarizes his thesis thus:

… the rise of Received Pronunciation reflected a desire by the lower-middle class and provincials to embrace the values, lifestyles and habits of the British upper-middle class. In London the adoption of Jafaican, even among the privately-educated, reflects both a lack of confidence in British cultural values and an aspiration towards some form of ghetto authenticity.

West’s argument, such as it is, is that there is something troubling about such a small “minority” (West Indians) wielding a powerful influence over London’s dialect.  Of course, Cockney itself was most likely influenced by such minorities, but I’ll let that quibble slide for now.

Furthermore, West doesn’t expand upon his specific objections to “Jafaican.”  Does he have a problem with how West Indians have impacted the pronunciation of English in London?  If so, I hate to break it to him, but pronunciation in London English has been known to change over the past thousand years.  Even the most conservative of Cockney is quite different in 2011 than it would have been in Dicken‘s time.

On the other hand, if West objects to Multicultural London English from a prescripitivist grammarian standpoint, then why does Cockney = good, while Jafaican = bad?  Cockney ain’t no model of standard grammar.  (Not that there’s anything wrong with that.)

Perhaps I’m misinterpreting West’s point, though, which is that in the “old days” the lower-classes strove “upward” toward RP, whereas now they stive “downward” toward these Caribbean-influenced varieties.  But “covert prestige” dialects (i.e. dialects that are technically lower on the social scale but adopted by higher classes for a variety of reasons) are nothing new.  Let’s not pretend that middle-class young men trying to sound like they grew up working-class is a recent phenomenon.

So, then, West objects to this specific dialect of English for reasons that are unclear.  This isn’t a writer bravely fighting against an increasingly “PC” world.  It’s just an ignorant rant.

*The details are as follows, for those with a bit more knowledge of phonetics:  the GOAT set is further back and sometimes more monopthongal in quality than in Cockney, the STRUT vowes is also more back, the onglide of KITE fronter and possibly more monophthongal as well, the FACE dipthong is closer, the MOUTH dipthong often becomes a centralized monopthong, but, going in the opposite direction from these pronunciations, the GOOSE vowel is often FRONTER than other London accents.

Ben T. Smith launched his dialect fascination while working in theatre. He has worked as an actor, playwright, director, critic and dialect coach. Other passions include linguistics, urban development, philosophy and film.
View all posts by Ben →
This entry was posted in British English and tagged Cockney, Multicultural London English (Jafaican). Bookmark the permalink.

16 Responses to Multicultural London English is not “Jafaican”